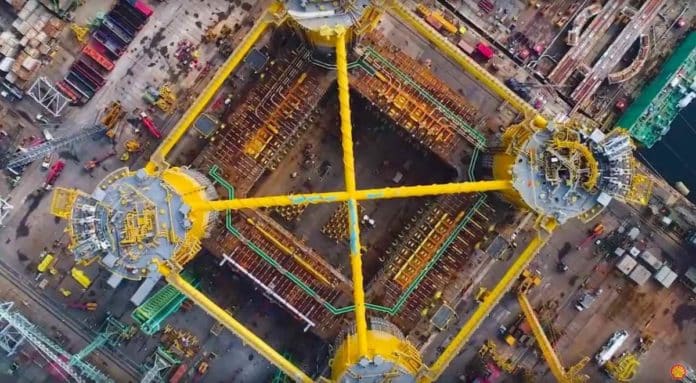 A Vietnamese oil tanker’s captain has been jailed for more than 5½ years in Singapore for his involvement in the theft of approximately US$150 million of oil stolen from Pulau Bukom, Royal Dutch Shell’s largest refinery.

Doan Xuan Than is the second person jailed in the case that is also targeting former Shell staff who allegedly siphoned oil from the Singapore terminal, which is on a small island to the south of Singapore.

The 47-year-old worked with three other men, who remain at large, to steal and sell crude oil over almost two years, according to the court.

Huge quantities of crude oil from West Asia pass through Singapore on its way east and several oil giants have refineries around the city-state.

Shell reported profits of US$24 billion in 2018, largely based on its oil and gas production. It has invested about US$1.6 billion in renewables since 2016, out of annual capital expenditure in excess of US$20 billion.

The firm Shell produces the equivalent of 4 million barrels of oil per day.

In early 2018 Singapore’s police raids led to numerous arrests that exposed thefts dating back to 2014 in which approximately 340,000 metric tonnes of oil was stolen from the huge refinery.

Eleven people were charged in 2018 over alleged involvement in the oil theft.

The court ruled that Than was involved in the theft of gas-oil using the MT Gaea and Prime Sun tankers 10 times during 2016 and 2017.

A Vietnamese compatriot was earlier jailed for 2½ years in July for similar offences.

Tanker chief officer Dang Van Hanh, 38, was involved in receiving US$2.6 million worth of gas-oil stolen from Shell’s refinery.

Dang worked on Prime South, a Vietnamese ship owned by the Prime Shipping Corporation, which received a considerable amount of stolen gas-oil.

Other prosecutions involve staff at one of Singapore’s largest marine fuel suppliers, Sentek Marine and Trading; a Singaporean from Intertek, a British-listed firm specialising in assurance, including for fuel; and other Vietnamese citizens who allegedly helped receive stolen property aboard ships.

Shell, Europe’s biggest oil and gas company, said it was working with the Singaporean authorities to prevent similar incidents in the future.