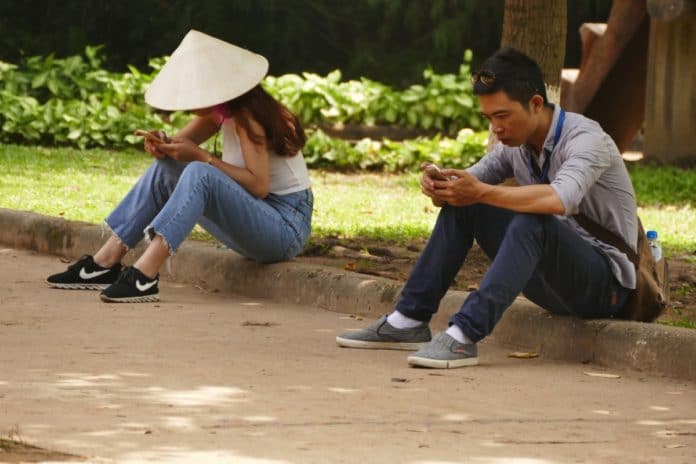 Group chairman Jack Ma told the Vietnam Electronic Payment Forum that the proportion of cash transactions in Vietnam was too high, despite the huge potential for e-commerce among the young population.

Deputy Prime Minister Vuong Dinh Hue told the forum that mobile payments were “an obvious trend” and Vietnam should not be left behind.

Hue predicted an explosion in Vietnamese mobile payments saying that the government target was to cut cash transactions below 10 per cent by 2020.

Almost half of Vietnam’s 95 million citizens use Facebook and the social network has become embedded in society.

However, Hanoi still scrutinises Facebook, which was until recently banned, while the social media site is used by young entrepreneurs to establish businesses.

“The government has a self-contradictory position toward Facebook,” Vu Tu Thanh of the US-Asean Business Council told Bloomberg. “Ministries responsible for economic growth would like to promote this. To those whose tasks are to control challenges to authority or the legitimacy of the state, Facebook just stands in their way.”

Vietnam has 130 million mobile phone subscriptions of which 41.8 million have internet access. More than half of the population already uses a smartphone.

Almost 60 per cent of Vietnam’s population are under 35 and the country has become one of the leaders globally in terms of penetration of social networks, according to Monica Peart of EMarketer.

The Vietnamese spend more time on Facebook than other Asean citizens and were much more likely to use it to start a business, said Joe Nguyen of ComScore. “We haven’t seen this scale in other places,” Nguyen told Bloomberg. “Vietnamese are very entrepreneurial. Everyone wants to try to sell something.”

The State Bank of Vietnam told the payments forum that in the first nine months of 270, there were 90 million mobile payment transactions, a 93-per-cent increase from last year.

State Bank deputy governor Nguyen Kim Anh said a steering board of financial technology (fintech) had been developed to give the government legal advice on how to boost business in the sector.

Previous attempts by the authorities to interfere online have been unsuccessful as homegrown social-media platforms have failed to take off.

Can Van Luc of the Bank for Investment and Development of Vietnam told the forum that the authorities needed to build a customer authentication infrastructure based on anthropometric information to support payment providers’ efforts to verify customer information.

The Vietnamese have not escaped smartphone addiction. Picture credit: PXHere