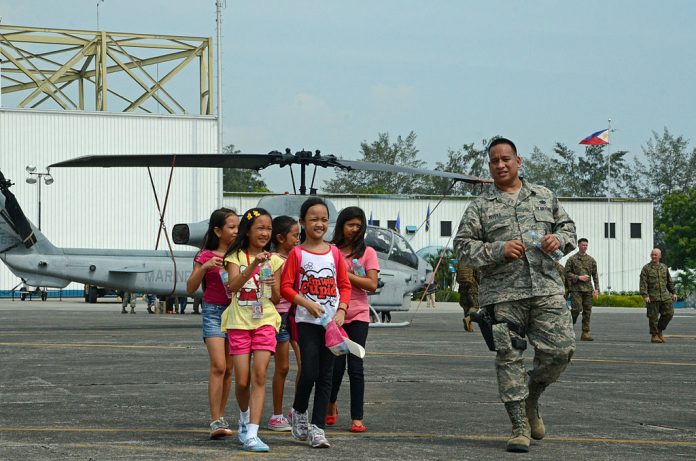 Washington has said it will seek clarity on the comments of Philippine president, Rodrigo Duterte, on military and economic “separation from the US” made during a financial forum in Beijing.

The US said his remarks were “at odds” with the “close relationship” shared between Manila and Washington.

“He is a very knee-jerk kind of politician who is extremely sensitive to criticisms and personalises them,” said Walden Bello, a Philippine academic.

The president’s trip to Beijing this week has underlined his strong feelings about the US, announcing that it was “time to say goodbye”.

Duterte this week claimed he suffered sexual abuse from an American priest when he was a high-school pupil.

“It’s what you get along the way that shapes your character,” he told Al Jazeera. “At that time [it changes] your politics and how you look at the world.”

Duterte, 71, has previously named the deceased priest, saying he molested several boys at the Jesuit-run school in Davao. “It was a case of fondling, you know what, he did during confession. That’s how we lost our innocence early … How could you complain? We were afraid.”

Duterte has spoken about a mysterious 2002 incident in Davao, where he was mayor for more than two decades, when American “treasure hunter” Michael Meiring was badly injured in an explosion in his hotel room while militants were carrying out bombings in the region.

Meiring disappeared from his hospital, apparently escorted out by a squad brandishing FBI badges, amid a police investigation with Duterte’s staff alleging he was an intelligence agent.

Duterte was also influenced by anti-US feeling during the Vietnam war and his former teacher, Jose Maria Sison, a Philippine communist leader who is now living in exile in the Netherlands.

China has also publicly supported Duterte’s war on drugs that has left thousands dead, while he has lashed out after criticism from the US and UN.

In the last week, anti-US demonstrators have clashed with the police outside the embassy in Manila but surveys suggest that most people are well disposed to the US. Philippines history has been described as 300 years in the convent under the Spanish and 50 years in Hollywood under US rule.

The Americans cast a long shadow in the archipelago. Spam, the slimy, tinned, precooked pork, was introduced under US rule and has now become a national dish.