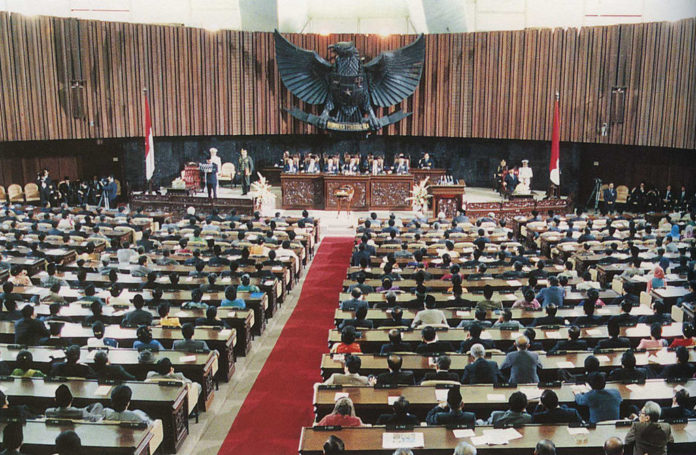 An American witness in a US$173 million Indonesian corruption probe linked to a national electronic identity card system reportedly told witness-protection officials he was worried about his safety weeks before his alleged suicide in the US.

Johannes Marliem, 32, whose US-based company had a contract to produce the identity cards, supposedly shot himself in the head after a standoff with police that involved hostages in Los Angeles.

Police were called last Wednesday to a West Hollywood home, where an armed man was said to be holding two people hostage. A woman and child reportedly left the house unharmed later that evening.

Police reports suggest Marliem had taken his wife and child hostage and then shot himself.

The Los Angeles coroner described his death as a “self-inflicted gunshot wound to the head”.

Marliem made contact with Indonesia’s Witness Protection Agency (LPSK) last month and told reporters that he had digital recordings linking politicians to the scandal.

“He said he was rather scared because he had 500GB of evidence,” said LPSK deputy chairman Hasto Atmojo Suroyo.

He said Marliem was offered protection last month but had not formally applied for it. “He asked for clarification on how to apply. But then he suddenly died,” Suroyo said.

Marliem’s firm, PT Biomorf Lone Indonesia, won the contract to supply automated fingerprint identification technology. He was mired in a case dating back to 2009, and involving claims that between US$5,000 and US$5.5 million, raised from marking up the costs of the identity-card programme, were divided inside the parliamentary precinct.

The Corruption Eradication Commission (KPK) has named Indonesian Speaker Setya Novanto, who also leads Indonesia’s second-biggest political party Golkar, as a suspect in the scandal and is targeting at least 37 people, including MPs and civil servants.

Novanto, who was hailed by Donald Trump as one of Indonesia’s most powerful men, has denied any wrongdoing over the alleged theft of US$173 million.

KPK spokesman Febri Diansyah confirmed Marliem was a key witness in the investigation into the embezzlement of more than a third of the funds earmarked for the introduction of the identity-card system.

He said Marliem’s death would not stop the investigation.

“Even before we decided to charge Setya Novanto, we obtained sufficient evidence, from confiscated documents to testimonies of some 40 witnesses,” he said, adding that his staff had questioned Marliem twice in the US.