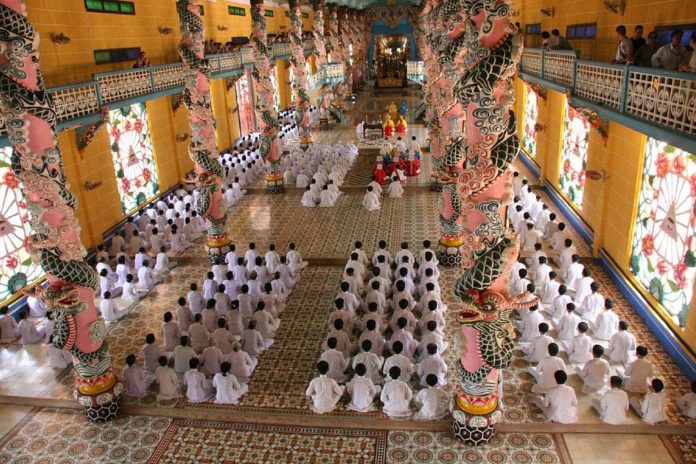 Freedom of worship was harshly limited last year in Vietnam and Myanmar, where Muslims and Christians in the Buddhist-majority union were harassed by government and civil-society groups, the US State Department reported.

Vietnam’s Communist authorities continued to harass religious groups, although the severity of their treatment “varied from region to region and among the central, provincial and local levels”, according to the 2016 International Religious Freedom Report.

In Myanmar, the government and nationalist Buddhist organisations restricted the religious rights of Muslims and Christians, delaying permits to build places of worship and in some cases halting the construction of mosques opposed by Buddhist neighbours.

“There were reports of killings, sexual abuse, arbitrary arrest, burning of structures [and] continued detention of Rohingya Muslims,” the US State Department said.

But it noted that “because religion and ethnicity are often closely linked, it was difficult to categorise many incidents as being based solely on religious identity”.

The deployment of extra troops to Myanmar’s troubled Rakhine State was intended to further the “Rohingya genocide”, according to a European group representing the Muslim minority.

The army last week deployed around 500 soldiers to Maungdaw along the Bangladesh border where Rohingya Muslims form a majority.

Hla Kyaw, chairman of the European Rohingya Council, said the soldiers were from the 33rd Light Infantry Division, which he described as “the most notorious military unit when it comes to the serious violation of human rights against ethnic communities”.

He said the troops would build a permanent military presence in Rakhine and “the advancement of Rohingya genocide”.

Washington’s report, meanwhile, praised the work of religious and community groups in Myanmar that had tried to counter hate speech and foster dialogue by hosting interfaith events and calling for legislation aimed at promoting religious harmony.

In Vietnam, the Hanoi authorities restricted the activities of religious groups, assaulting and detaining church members, restricting their travel, and confiscating religious land for development projects.

Religious organisations not registered with the authorities were especially severely treated, the US study said.

It said that in January last year, the head pastor of the unregistered Montagnard Degar Evangelical Church in Gia Lai province died from internal injuries after a police beating, while a Mennonite pastor serving an 11-year prison sentence for “undermining state unity” was beaten by jail guards in February.

The pastor’s wife said that he and other inmates found “glass and copper wire in their prison food”, Washington reported.