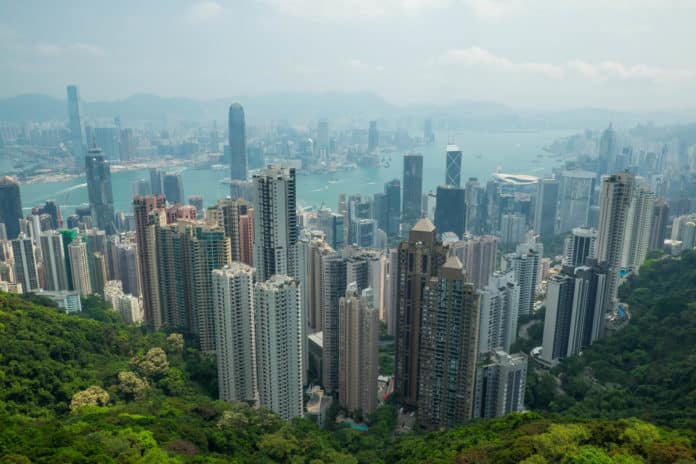 Thailand is planning to seal a free-trade agreement (FTA) with Hong Kong, particularly in areas of services, cyber security, and green financing.

Deputy secretary-general to the prime minister for political affairs Kobsak Pootrakool said that the two countries—through the Hong Kong-Thailand High-Level Joint Committee (HLJC)—have signed a memorandum of understanding (MOU) for the study on the potential FTA.

“Another HLJC meeting [to further discuss the matter] will be held in Hong Kong soon,” he added.

For her part, Hong Kong Chief Executive Officer Carrie Lam said that Thailand’s planned FTA with Hong Kong is a testament of its trust in the former British territory despite it locked in a six-month political turmoil.

“We perceive this bilateral cooperation as creating great benefits for the two sides amid fluctuations and fierce competition in the world market,” Lam said.

“The first meeting of the HLJC reflected the progress of Thai-Hong Kong relations after the Hong Kong Economic and Trade Office was established in Bangkok earlier this year,” she added.

Hong Kong, meanwhile, said it would boost its ties in trade and investment, start-ups, creative economy, research and development, and human resources development.

Lam said Hong Kong’s partnership with Thailand will open the doors into the Association of Southeast Asian Nations, while Thailand will take advantage of the gateway to China’s Greater Bay Area.

“Intra-trade is likely to reach the $20 billion mark faster than expected because trade is expanding to various sectors such as IT [information technology], the service sector and creative economy, especially in the film industry, as Thailand is very keen on post production,” Jatusripitak said.

The two sides have also agreed to improve on protecting investments by the private sector to make it consistent with current circumstances.

Somkid said Hong Kong aims to relocate its production facilities to Thailand, so it can become a base for shipments to Cambodia, Laos, Myanmar and Vietnam.