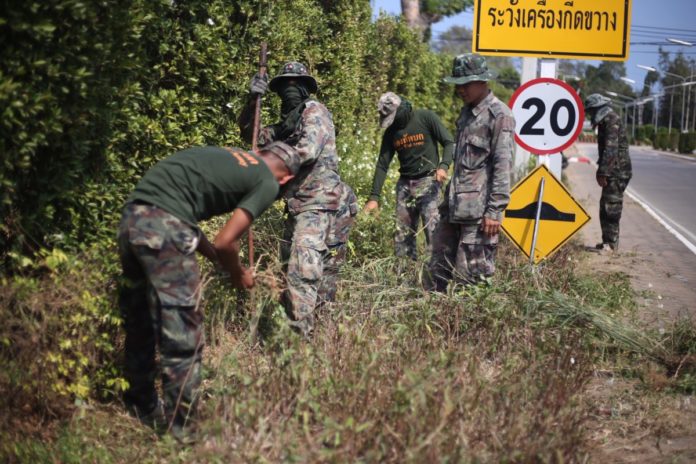 Thai parties held their final rallies on Friday ahead of Sunday’s much-delayed general election where analysts say the odds are stacked in favour of the junta’s political party.

Thailand’s military-drafted 2017 constitution means the 250 seats in the upper house are appointed by the generals, who have held power since the May 2014 coup.

To win a majority to form a government, a party needs more than half of the votes from the 750 seats in both houses, meaning the target is 376.

Polling suggests the populist Pheu Thai opposition, funded by telecoms tycoon and deposed former prime minister Thaksin Shinawatra, will win the most votes. His parties have won every popular vote since 2001.

But even if an alliance is formed to make up a parliamentary majority in the 500-seat lower house, that would not be enough to make a government.

Pheu Thai Party leader Sudarat Keyuraphan said the charter meant the election was not free and fair but she asked voters to turn out to stand a chance of ending military rule.

“We have to tell the people that it’s the only day that we can stop [General] Prayut extending his power,” Sudarat told the party’s biggest rally in Bangkok before campaigning ended. “Therefore we need many people to go vote. I believe the power they have is not any bigger than the power of the people.”

Thaksin won a landslide in 2001 and was the first Thai prime minister to complete a full term in office before being deposed in the 2006 coup amid accusations of corruption. The constitution outlaws external involvement in politics but Pheu Thai insists Thaksin remains the “ideological leader”.

Sudarat said: “We use his principles. But using Thaksin’s ideas doesn’t mean he owns the party because Thaksin is not involved with the party’s administration any more.

“They love Thaksin because Thaksin was able to solve their problems,” she added.

Despite having a woman leading the main opposition and previously having a female prime minister, Thaksin’s sister, Yingluck Shinawatra, from 2011-2014, the representation of women in the Thai parliament remains one of the lowest in the world.

The Asian average is a feeble 20 per cent, while the global average is just 24 per cent, according to a 2017 United Nations study.

The popularity of the Thai military will be exposed on Sunday. Picture credit: Asean Economist