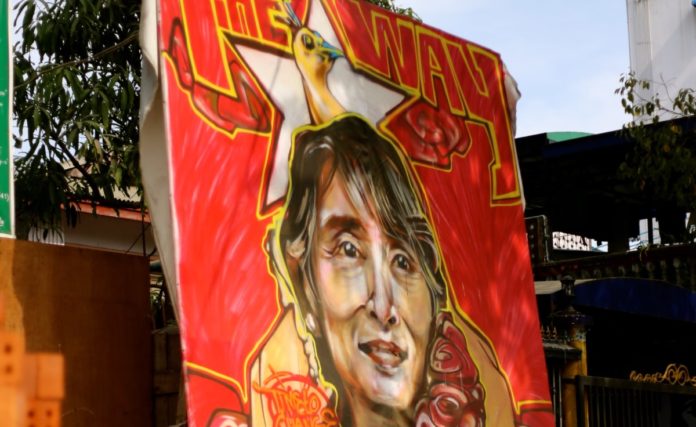 In a rare interview, Myanmar’s State Counsellor Aung San Suu Kyi denied that the security forces have been carrying out ethnic cleansing of Rakhine State’s Rohingya, despite allegations from UN and human rights activists accusing the military of crimes against humanity.

Around 75,000 Muslims have fled across the border to Bangladesh since the military launched a crackdown after alleged militant attacks on border police on October 9 last year.

“What we are trying to go for is reconciliation not condemnation,” the de facto prime minister told the BBC. “It is Muslims killing Muslims as well.”

The increasingly reclusive Suu Kyi has not spoken out in defence of the persecuted minority, leading to condemnation from many international allies who campaigned for her release from house arrest under the junta.

Suu Kyi told the BBC’s Fergal Keane, whom she has known for more than 20 years, that the term ethnic cleansing was “too strong” to describe the Rakhine crisis.

“I don’t think there is ethnic cleansing going on,” the Nobel peace laureate said.

“I think ethnic cleansing is too strong an expression to use for what is happening.”

When asked by Keane whether perceptions of her as an amalgam of India’s independence leader Mahatma Gandhi and Mother Teresa were incorrect as she was more similar to the divisive UK prime minister Margaret Thatcher, she said: “Well no. I am just a politician. I am not quite like Margaret Thatcher, no. But on the other hand, I am no Mother Teresa either.”

A UN report in February said the military or Tatmadaw’s operations involved mass killings, gang rape and the arson attacks on villages, amounting to crimes against humanity and ethnic cleansing.

Suu Kyi is under very little domestic pressure from the majority of Buddhist Burmese, who make up the bulk of her support, to challenge the military over its role in Rakhine State.

Refugees in Bangladesh have reported abuse by soliders, including the execution an eight-month-old baby while his mother was gang-raped by five troops.

“What kind of hatred could make a man stab a baby crying out for his mother’s milk,” said UN rights chief Zeid Raad al-Hussein. “What kind of ‘clearance operation’ is this? What national security goals could possibly be served by this?”