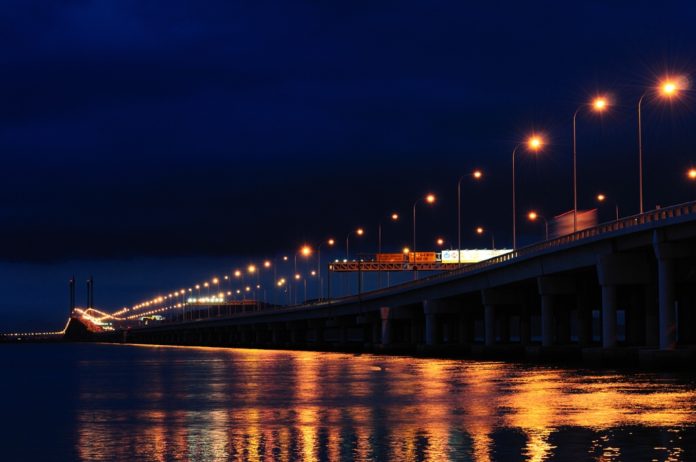 The 93-year-old retuning premier posted on Facebook that there should be three or four more bridges to ease traffic flow.

“Mahathir wants to build more bridges between Malaysia and Singapore. Their cost-benefits should be studied,” Goh said.

“In the meantime, let us start building more political, goodwill bridges between leaders, members of parliament and our two peoples.”

Singaporeans and Malaysians had grown increasingly apart since their separation in 1965 and future generations would find each other less familiar, the honorary minister said.

“I favour closer and stronger links between Malaysia and Singapore, both physical and political,” Goh said. “We are neighbours, and forever will be.”

Mahathir told a conference in Kuala Lumpur this week that a third bridge is planned linking Penang with the peninsular.

The traffic levels with Singapore were far higher and he did not understand why the Lion City did not want more bridges than just the Causeway at Woodlands and Second Link at Tuas.

During his first spell as prime minister, Mahathir suggested the idea of a “crooked” bridge from Johor with six lanes and a curve to allow vessels to pass underneath.

In 2003, before he ended his 22-year tenure in the top job, Mahathir said Malaysia would build half of a bridge if Singapore refused to demolish its part of the Causeway.

But the project was dropped by Mahathir’s successor Abdullah Ahmad Badawi.

A letter to Singapore’s semi-independent Straits Times reacted less diplomatically to Mahathir’s comments, asking why he had shelved the high-speed rail project after taking power last May.

It reminded the nationalist premier that Singapore was an independent state, in contrast to Penang, and had very limited space and a short coastline to build numerous bridges.

“More bridges mean more vehicular traffic and the need to build more highways. More bridges do not ensure smoother traffic flow if the immigration counters are not able to keep up,” the correspondent added.

“It would cut travelling time between Kuala Lumpur and Singapore to 90 minutes, compared with more than four hours by car, and would be safer and better for the environment.

“Perhaps Dr Mahathir should consider whether the money that would be spent on more bridges would be better allocated to the more practical HSR project.”

Penang is well linked to the rest of Malaysia. Picture credit: Wikimedia