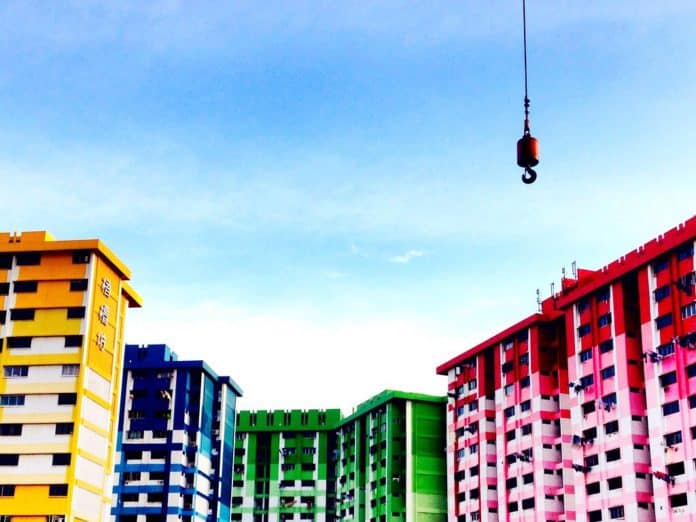 The level of Chinese property investment in Singapore has hit record levels this year as instability in Hong Kong appears to be rising.
“Singapore is the regional safe harbour and the current unsettled political and economic environment makes safety seem worth paying a premium for,” said Georg Chmiel of juwai.com, China’s biggest international property website.
The online marketplace said the boost in Singapore was from “mainland Chinese money that might otherwise have been channelled to Hong Kong, or Hong Kong money looking for offshore diversification”.
Another factor is that Singapore is the world’s second-fastest-ageing society after South Korea, according to the United Nations.
Hannah Jeong of Colliers said Singapore was probably a temporary alternative to Hong Kong, largely because of cultural and linguistic ties between the city-state and mainland China.
“Despite the capital outflow restrictions from China, a mutual fund or family trust format will be able to bring out capital continuously from China,” said Jeong.
Investment from China has been blamed for driving up Hong Kong rents and is partly blamed for the social disturbances.
Singapore, which is about half the size of Houston, has often been compared to Hong Kong, as both financial hubs attract international talent. But one major difference between the two global Asian cities is home ownership.
The Singapore Department of Statistics said the city-state’s home ownership rate was 91 per cent last year. The rate in Hong Kong was 49 per cent in 2018,according to Hong Kong’s Census and Statistics Department.
Edmund Tie CEO Ong Choon Fah said: “Home ownership is ranked highly on many Singaporeans’ list of priorities and private housing remains a longstanding aspirational goal, both for first-timers and upgraders.”
She said around 6,900 homes were added to the market during the last quarter while pricing remained competitive.
Singapore has enforced strict housing policies and measures to block foreign investment and the super-rich pushing up prices.
The Lion City’s additional buyer’s stamp duty requires citizens buying a second home to pay an extra tax of up to 15 per cent while foreign buyers have to pay 20 per cent on any home purchase.
Singapore. Picture credit: Flickr