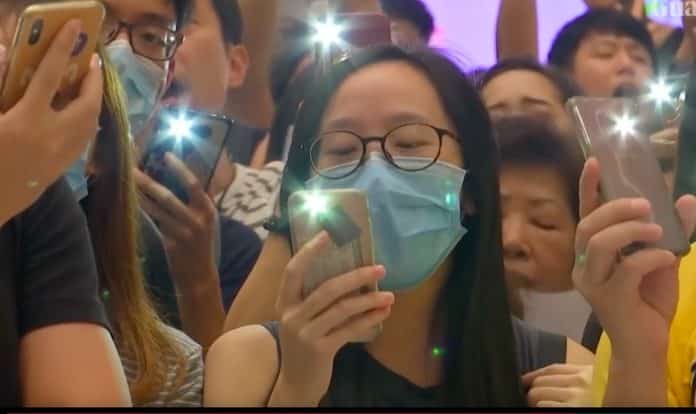 Employers in Hong Kong are increasingly interested in investing in  Singapore, a long-time rival, as the city-state looks to become Asia’s leading financial hub.

The American Chamber of Commerce in Singapore reported that it was too soon to write off Hong Kong but three months of violent protests had brought the city to a standstill, prompting banking, financial services and hospitality firms to consider relocation.

Singapore is seen by business and finance as the gateway to Asean while Hong Kong plays a parallel role for mainland China.

The report said 22 per cent of companies with operations in Hong Kong were mulling moving capital from the former British colony and 5 per cent had made plans to do so.

The trade body said only 1 per cent of employers planned to move business operations but 23 per cent were considering the option.

More than 90 per cent reportedly Singapore would be their chosen destination.

But the government said it feared disruption.

Minister for Trade and Industry Chan Chun Sing this week said, “continued disruptions to Hong Kong’s stability will have negative spillover impact on Singapore and the region given these close linkages” between trade and investment.

Any Hong Kong company might anger the Beijing regime by shifting operations to Singapore.

And Hong Kong’s economic and financial links to China, the world’s second-largest economy, are hard for firms to ignore.

Observers say there is no sign yet of a significant exodus from Hong Kong yet.

“Has sentiment been impacted? Absolutely, no doubt about that,” said Damien Ryan of Hong Kong-based Teneo Strategy.

“Are businesses reviewing plans and making those decisions to relocate? I think that’s a little bit early at the moment, simply because we’re in the middle of what is a fairly significant crisis,” the communications specialist added.

Singapore has seen the total number of companies listed on its exchange fall by 28 in the five years to June.

Relocations can be long delayed and difficult to quantify with companies opting to enlarge one office rather than another.

The one-party state of Singapore has had only three prime ministers. It normally beats Hong Kong in the World Bank’s business-friendly rankings. Singapore came second while Hong Kong was fourth. Headline corporate tax rates are 17 per cent in Singapore and 16.5 per cent in Hong Kong, compared to the global average of 24 per cent.

A recent triumph for Singapore was securing the Brexit-backing vacuum-maker Dyson when it decided to relocate its headquarters from the UK.