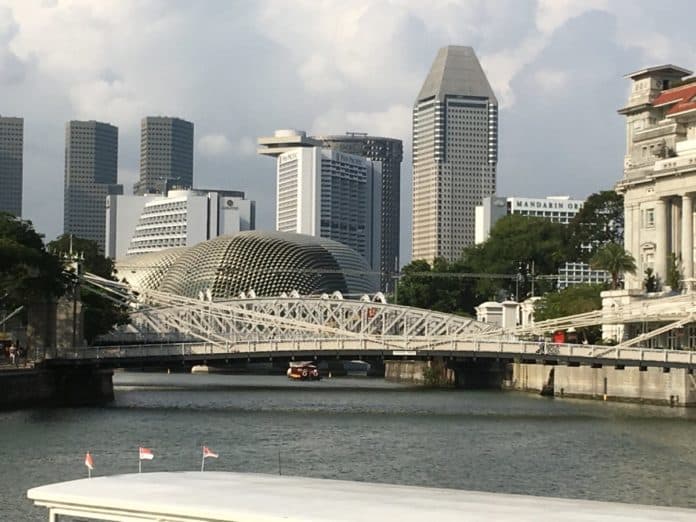 Singapore saw core inflation in October eased to a fresh low in over three years due to a steep fall in the cost of gas and electricity.

The Monetary Authority of Singapore (MAS) and the Ministry of Trade and Industry (MTI) announced on Monday that October inflation cooled to 0.6 percent from the 0.7 percent registered a month earlier, the lowest level since March 2016.

The lower figure was attributed to the lower electricity and gas prices coupled with a slower pace of increases in the cost of services.

Electricity and gas prices in October fell by 12.5 percent year-on-year as a result of lower electricity tariffs and the dampening effect of the national Open Electricity Market. The figure was steeper than the 8.3 percent drop recorded in September.

Costs of accommodation and private transport are excluded from core inflation data.

Services inflation fell to 1.2 percent year-on-year from the 1.4 percent decline in September.

Cost of retail goods decreased by 0.8 percent year-on-year as the higher drop in prices of clothing and footwear, household durables and alcoholic products was offset by the dip in the costs of recreation, entertainment goods, and higher personal care and medical products’ prices.

Food inflation, meanwhile, edged up to 1.7 per cent year-on-year in October from the 1.6 percent booked in September 2019, due to the increased prices in non-cooked food and prepared meals.

The MAS and MTI kept the recently-revised inflation outlook in 2019 unchanged.

Full-year 2019 inflation outlook was expected to remain at the lower end of the 1 percent to 2 percent target range, while overall inflation was projected at 0.5 percent.

Next year, headline and core inflation were expected between 0.5 percent to 1.5 percent.