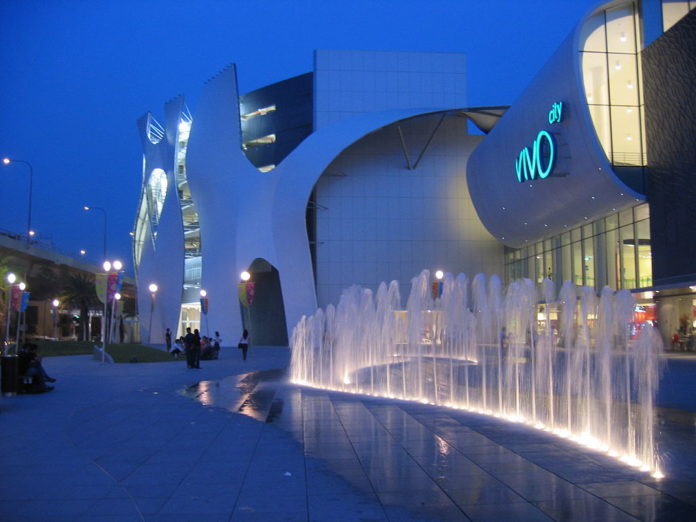 Amid falling rents and rising vacancies, Singaporean malls are trying to attract gyms, more eating options and other attractions to boost footfall.

Meanwhile, it was reported by the Department of Statistics this month that the Lion City’s retail sales returned to growth in September after two consecutive months of decline.

Online shopping penetration ranks behind Slovakia and Greece in Singapore, putting it relatively low for a developed economy. It accounted for 5.7 per cent of total sales last year, up from 2.1 per cent in 2012, according to Euromonitor.

The government reports that online retail sales made up an estimated 4.9 per cent in the third quarter of this year.

The authorities are also considering a tax on e-commerce imports from 2020.

VivoCity (pictured), Singapore’s largest shopping centre, visitor numbers rose 3.1 per cent in the six months before September 30 from a year earlier as owner Mapletree Commercial Trust added an arcade with a large bumper car track. Shopping at the mall fell slightly during the same period.

Amazon’s Prime launched in July last year and faced delivery delays, which was damaging in Singapore where the nearest shopping option is normally minutes away from most homes. Singapore and Hong Kong compete to have the most retail space per capita in Asia.

Amazon was ranked sixth among online shopping apps on Apple’s store by Singaporean active users in the third quarter, behind Qoo10, which was established in Singapore.

Under-40s are the main target of non-shopping ventures at Singaporean malls.

The increased activities have increased footfall but they failed to translate into real money. Shopping centre rents have dropped 18 per cent over the previous 12 months and vacancies rose in the third quarter to 7.6 per cent, the Urban Redevelopment Authority reported.

But the Department of Statistics said sales takings went up 1.9 per cent year on year to US$2.6 billion, compared to a 0.4 per cent drop in August.

On a year-on-year basis, petrol service station sales showed the biggest jump of 11.4 per cent, largely because of inflated fuel prices.

It seems that malls might struggle to resist falling rents. An estimated 803,000 square feet of retail space is due to become available in the next 15 months, said Huey Ying Tay, the Singapore research chief at JLL.

“Until brick-and-mortar retail stores manage to convert foot traffic into in-store purchases, rentals are expected to remain subdued,” she added.

VivoCity. Shopping has traditionally been a serious business in Singapore. Picture credit: Wikimedia