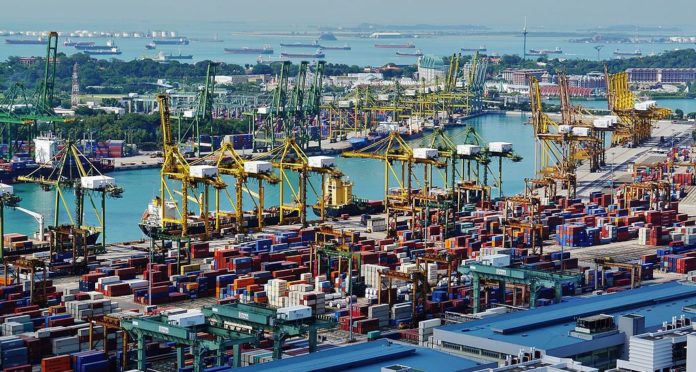 Singapore has cut its economic growth forecast as the Sino-Trump trade war worsens and data confirmed the slowest growth rate since the 2009 financial crisis amid growing fears of a recession.

The government’s forecast range for GDP in Singapore was cut to zero to 1 per cent from its previous 1.5-2.5-per-cent projection.

China is the Lion City’s biggest trading partner. The Chinese economy has been growing at its slowest pace in 27 years.

The Singaporean growth downgrade adds to global concerns about the effect of increasing protectionism on exports and production.

The deterioration in the global outlook has pushed central banks to cut interest rates and consider stimulus packages to protect their economies.

“With trade tensions between the US-China unlikely to abate anytime soon, we expect exports and trade-related services to push the economy into technical recession in Q3,” said Sian Fenner of Oxford Economics.

Singapore’s economy is heavily weighted towards international trade because of its limited domestic market.

“Looking ahead, GDP growth in many of Singapore’s key final demand markets in the second half of 2019 is expected to slow from, or remain similar to, that recorded in the first half,” the trade ministry said.

If it happens, Brexit would hurt the UK and the European Union, which are among Singapore’s key trading partners. The UK’s departure from the EU is far from certain, however, with the new prime minister, Boris Johnson, expected to face a no-confidence vote in early September. A majority of UK parliamentarians campaigned against Brexit and might bring down the new, far-right administration.

The second-quarter GDP marked a 3.3-per-cent contraction from the first quarter on a seasonally adjusted annualised basis.

Annual GDP expanded 0.1 per cent in the second quarter from a year earlier, its slowest rate in a decade.

Singapore has been hit by Trump’s trade war, which has disrupted supply chains and business investment and profits.

“Obviously, it feels like the storm is coming if you look at the whole macroeconomic fundamentals softening,” said Selena Ling of the OCBC Bank.