Airbus and Boeing announced that only modest aircraft deals were secured at the Singapore Airshow 2016, suggesting demand has fallen since the 2014 event when US$30 billion of deals were agreed.

The city-state’s air show hosted more than 500 international corporations with Boeing presenting its 787-9 Dreamliner while Airbus unveiled its long-range A350-900 plane.

Philippine Airlines placed an order for six A350-900s with Airbus, valued at US$1.8 billion at list prices. Boeing said it signed a US$1.3 billion agreement for 12 of its 737s with privately owned Chinese airline, Okay Airways.

Both aeronautical giants said they were confident that Asian air travel would show strong growth in the future, adding that no Asian airlines had deferred on orders that had already been placed.

Industry analysts say the falling price of fuel means that airlines can afford to persist with older, less efficient jets rather investing in sleek, newer models. “One of the reasons why the order books are full is because the fuel price was high, so there was an incentive to buy the more fuel-efficient planes and get rid of the old ones,” David Stewart, an aviation adviser at ICF International, said. “But now the fuel price is low, so some airlines will keep their older planes longer, and therefore not need the new. It’s a quiet time for all of us.”

Airlines were also wary of the long waiting lists for both Airbus and Boeing because of their full order books for aeroplanes at the moment, he added.

Okay Airways’ Wang Shusheng said his 737s order was not part of a deal Boeing signed with China last year to supply 300 aircraft worth US$38 billion.

This week’s deal would “further modernise our fleet and ensure we operate the most efficient fleet well into the future”, he explained.

The previous show in 2014 saw deals of US$32 billion and this year’s total will be released today, Friday.

The US-based firm forecast demand for 12,810 planes for the whole of Asia-Pacific, valued at US$2 trillion over the next 20 years, representing 40 per cent of global demand of about 32,600 airplanes over the same period.

The flying displays saw KAI T-50B and the F-15SG fighter jets performing aerobatics, flown by the South Korean Black Eagles aerobatics team and Singapore’s air force and other shows by the French and US air forces. 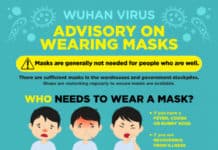 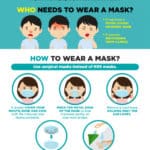