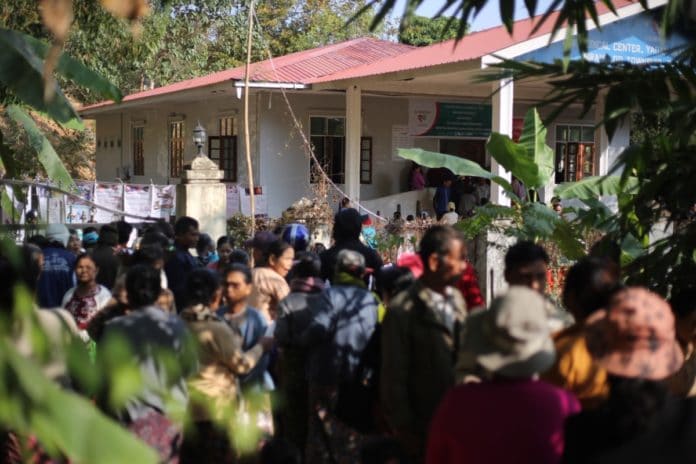 A total of 34 Rohingya refugees from Myanmar have been found on a beach in Malaysia, the first such incident since April last year.

The Malaysian police said the Muslims were found on an isolated area of coastline in the northern state of Perlis.

“They were tired, weak and hungry,” police officer Nahar Jalaluddin said. “The refugees, who included men, women and children, are now in the custody of the immigration authorities.”

The discovery came after Bangladesh told the UN Security Council that it would no longer accept any more refugees from Myanmar.

About 740,000 Rohingya fled impoverished Rakhine State for Bangladesh after a brutal military crackdown in August 2017, joining around 200,000 others in what became the world’s largest refugee camps.

The refugees in Malaysia are suspected to have been shipped into Malaysian waters from Thailand by traffickers by night and left on the shore.

Villagers said they found the Rohingya covered with mud and many were crying.

The start of the rainy season around May often blocks off the Andaman Sea route to people smugglers.

Affluent, Muslim-majority Malaysia is a favoured destination for the Rohingya, who often find work in agriculture and construction.

And Dhaka says it cannot cope with its refugee communities.

Bangladesh has urged the UN Security Council to take action in Rakhine to allow Rohingya repatriation.

“I regret to inform the council that Bangladesh would no longer be in a position to accommodate more people from Myanmar,” Foreign Secretary Shahidul Haque said.

Haque accused Nay Pyi Taw of being obstructionist about repatriating more than 1 million Rohingyas who have fled violence after August 2017.

The UN describes the crisis as ethnic cleansing while Myanmar denies persecuting the Rohingya, despite overwhelming evidence.

The minister’s comments come despite a deal between Bangladesh and Myanmar in January last year to repatriate the Rohingya to Rakhine.

Myanmar reportedly agreed to accept the return of 1,500 Rohingya each week and Bangladesh said it aimed to return the whole community to the impoverished, isolated border state within two years.

“Not a single Rohingya has volunteered to return to Rakhine due to the absence of conducive environment there,” Haque said.

“Is Bangladesh paying the price for being responsive and responsible in showing empathy to a persecuted minority population of a neighbouring country?”

Even the use of the word “minority” about the Rohingya can offend Myanmar’s Buddhist majority because it apparently implies a claim to nationality, which was removed from the Muslim group in the early 1980s by the Burmese junta.

Myanmar’s ambassador to the UN, Hau Do Suan, asked for patience, saying there were “huge physical as well as psychological barriers” to repatriating Rohingya back to their homes.