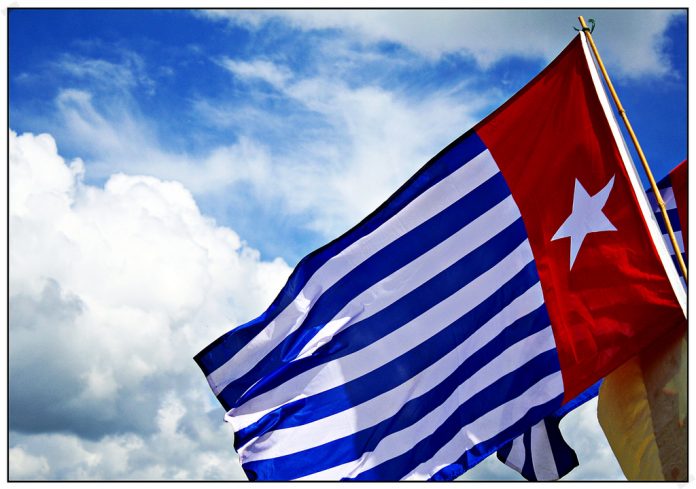 Canberra and Jakarta are currently in the process of smoothing out military cooperation after a spat involving an apparent reference to the Papuan independence movement in teaching materials at an Australian special forces detachment in Perth.

The Jakarta Post reported that a white suspect had scaled a 2.5-metre wall from an adjoining building on Friday, while most of the embassy staff were praying, and hoisted the symbol of the Papuan independence struggle. Someone else recorded the incident from the road, the paper said.

“Australian authorities must complete the investigation and bring to justice the criminal who breached the Indonesian Consulate General in Melbourne,” Retno said. Her ministry said the breach was an intolerable criminal act and that Australia, as the host country, had a duty to guarantee the safety of all foreign missions.

The 1961 Vienna Convention states that “the host country has a special duty to take all necessary actions to protect the buildings of a foreign mission from any intrusion or damage, and prevents all forms of disturbances or damaging the authority of the mission”.

Retno spoke to her Australian counterpart, Julie Bishop, on Saturday.

The incident comes days after a separate incident when Indonesia announced it had suspended military cooperation with Australia after training materials on display at Campbell Barracks in Perth apparently offended a member of Indonesia’s special forces.

Indonesia’s military chief Gatot Nurmantyo, who reportedly ordered the suspension on December 29, said the materials were “unethical” and “disparaged the [military] and Indonesians, including ideology of the Indonesian nation”.

Political leaders from both countries have since tried to downplay the significance of the rift between two key trading partners.