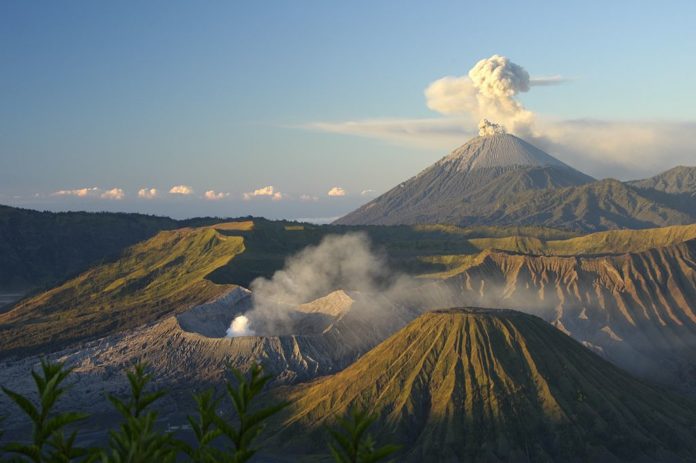 A strong earthquake rocked the crowded Indonesian island of Java on Friday night, killing two people and severely damaging several buildings.
The magnitude 6.5 quake struck just before midnight and was felt across the island. In Jakarta, 200km away, office towers and apartment blocks swayed. Powerful tremors lasted around 30 seconds.
Java has about 60 per cent of Indonesia’s population of roughly 250 million, while making up just 7 per cent of its territory.
Buildings in many areas were abandoned and some coastal residents fled to higher ground in fear of a tsunami.
The US Geological Survey said the epicentre of the quake was at a depth of 92km, about 52km southwest of Tasikmalaya.
Ahmad Solihin, a coastal food vendor in Sukabumi, said walls were cracked in his home. He said he fled on his motorbike with his wife and two children after he heard shouts that a wave was coming.
No significant waves were reported.
“People suddenly started running so I joined them,” he said. More than 1,000 residents evacuated to higher ground and did not return until Saturday morning, Solihin told Associated Press.
The Indonesian meteorology and geophysics agency said a magnitude 5.7 quake early on Saturday also struck to the south of West Java.
A 62-year-old man and an 80-year-old woman were killed in building collapses, said the National Disaster Mitigation Agency.
The heaviest damage was reported in the Tasikmalaya, Pangandaran and Ciamis areas of West Java Province near the epicentre.
More than 40 houses collapsed and about 65 suffered severe damage, according to the agency.
Several hospitals were damaged and patients evacuated. About 70 patients had to be helped to safety from the Banyumas Hospital in Central Java and were given shelter in tents, the authorities said.
Indonesia is frequently subjected to natural disasters. In late November a tropical cyclone killed at least 19 people on Java with most of the victims caught under a landslide.
Video showed rivers overflowing and roads and villages submerged in brown water after the storm struck.
Yogyakarta’s governor, Sri Sultan Hamengkubuwono, declared a state of emergency due to floods, landslides and high winds in the region in East Java.
The Disaster Mitigation Agency made an appeal for blankets, clothes and inflatable boats.

Java is famous for its seismic activity. Picture credit: Wikimedia