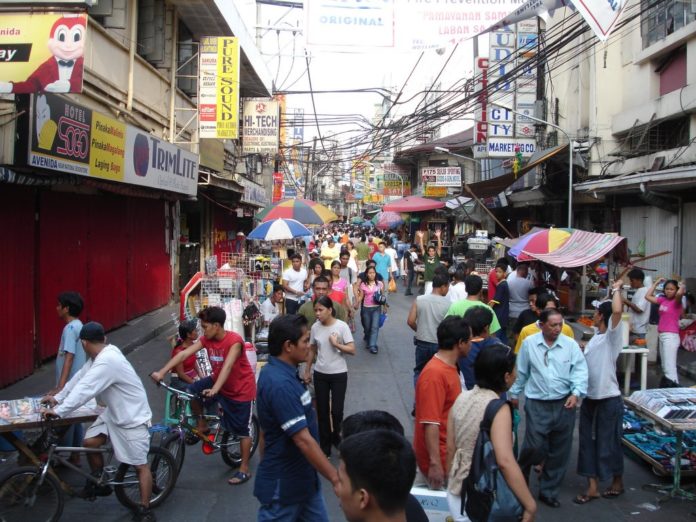 The telecoms sector is providing another example of the growing influence of China across Asean, as its controversial mobile giant, Huawei, prepares to roll out its impressive technology in the region.

The Philippine wireless provider Globe Telecom is on track to launch its Huawei-backed 5G service during the second quarter, despite security concerns from the west.

Washington has accused Huawei, the world’s top producer of telecoms equipment and second-biggest maker of smartphones after Samsung, of stealing trade secrets and espionage.

US Secretary of State Mike Pompeo warned this week that using equipment manufactured by the world’s largest telecoms manufacturer could harm a firm’s relationship with Washington.

The foreign policy hawk said US employers may be forced to scale back operations in countries that continued to do business with Huawei.

But Huawei says it has already signed more than 30 commercial 5G contracts across the globe and Pompeo‘s tough words might well be ignored in Asean’s capitals.

Many US companies in the Philippines, including outsourcing firms and financial institutions, use Globe and could face pressure to ditch the service if Huawei Technologies is brought on.

The Philippines has, however, ignored the US warnings and joined other Asean members in asking Huawei, which gets nearly half of its revenue from outside China, to provide 5G. Thailand and Singapore are also purportedly preparing to test 5G services using Chinese technology.

The 5G test bed in Thailand will be Huawei’s first in Asean, which is seen as a major snub by Washington’s longest-standing regional ally.

Back in the Philippines, Globe said there was little to worry about.

“They may provide the equipment, but we run the network and so we know what passes over our network, what goes through it,” said Globe CEO Ernest Lawrence Cu. “What we are seeing is [Huawei’s] technology is more than a year ahead of their competitors,” Cu said yesterday (Tuesday).

“It enables us to have an advantage out there. With the launch late in the second quarter, it will definitely be Huawei equipment.

“We’re very confident that we’re well protected,” he said. Globe had been given a “clean bill of health with regards to back doors, Trojan horses and stuff like that” by UK and Israeli consultants who had checked the network, Cu said.

Globe Telecoms, with over 60 million subscribers, is hoping 5G will help it compete with the arrival of China Telecom and other competitors.

Last week, the Philippine Senate approved the entry of China Telecom and its domestic partners as a third major telecoms provider. President Rodrigo Duterte has vowed to break the grip Globe and PLDT have had on the Philippine market.

PLDT is also teaming up with Huawei, along with Sweden’s Ericsson for its 5G service.
Gil Genio, Globe’s technology chief, said keeping the network secure was Globe’s responsibility.

“Many of the concerns related to 5G are on security,” Genio added. “It is not the responsibility of the vendor to assure security… so it is Globe who will make sure that we have the correct security in our network regardless [of the] vendor.”

US warnings are resonating louder in European capitals.

UK-based Vodafone last month suspended purchases of Huawei equipment for its wireless networks amid ongoing government talks. BT in the UK is removing Huawei’s equipment from its mobile network and Deutsche Telekom, Europe’s biggest provider, said it was also reviewing its procurement strategy.

But US influence in Europe is still profound, in contrast to its increasing retreat from Asean.
The growing might of Beijing is reflected in the trade figures.

Last month China’s Customs Administration said trade between China and Asean grew by 14.1 per cent to a record US$587.9 billion last year, compared to 2017. China has been Asean’s top trading partner for the last 10 years, while the 10 loosely connected states have been China’s third largest trading partner, after the European Union and US, for eight years in a row.

Asean and China experienced the fastest growth rate of trade in 2018, outstripping other major trading relationships.

Indonesia, Asean’s largest economy, saw its trade with China grow by 22.2 per cent to US$77.4 billion, the fastest among the 10 members.

Underpinned by economic influence and bolstered by superior technology, Chinese firms will continue to see their role grow across Asean.

Donald Trump might talk about trade wars being easy to win but, since his controversial victory in the 2016 election, he has shown little interest in fostering relations across Asean.

Now he will need more than threats from his right-wing secretary of state to persuade Asean to do his bidding.

The Philippines is looking to boost its mobile networks. Picture credit: Wikimedia