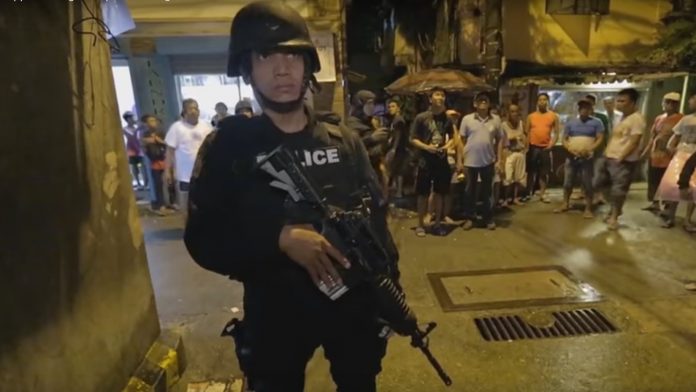 The Philippines’ police have shot dead a town mayor in his jail cell in a reported gun battle, the second killing in a week of a politician targeted in President Rodrigo Duterte’s bloody war on drugs.

Rolando Espinosa, mayor of Albuera in the central province of Leyte, and a fellow inmate, identified as Raul Yap, were killed in the supposed shootout.

They were killed after they allegedly fired at officers who were raiding the cell in search of weapons and drugs in the Baybay prison. There have been calls for an inquiry into the incident.

Espinosa and Yap, who were reportedly in separate cells, were both armed and fired on the raiding team, the authorities claimed.

Chief Inspector Leo Laraga, leader of the police’s Criminal Investigation and Detection Group (CIDG), said they were forced to fire back after they were shot by Espinosa and Yap, who were in two separate cells.

There were also reports that the CIDG confiscated the CCTV footage from the jail that could show the supposed incident. Even if the official account is to be believed, it raises serious questions about the calibre of security at the prison if inmates can hide firearms.

“I can smell extrajudicial killing,” said Senator Panfilo Lacson, a former national police chief. Unexplained deaths were the “biggest challenge” to police credibility amid the drug crackdown, he said.

The police killed another town mayor, Samsudin Dimaukom, this month and nine of his men allegedly in a firefight in the south of the archipelago.

Espinosa and Dimaukom were among more than 160 public figures named by Duterte in August. Espinosa’s son, an alleged drug lord, was arrested in Abu Dhabi in October.

After being linked by Duterte to the drugs trade, Espinosa handed himself to the Philippine police chief in August live on television. He released but re-arrested in October after being indicted on drug and firearm charges.

The police estimate that more than 3,600 alleged drug dealers and users have been killed since Duterte took office on June 30. Initially most victims were poor but the police said “high-value targets”, including mayors and drug lords, would be next in a new phase launched in late October.