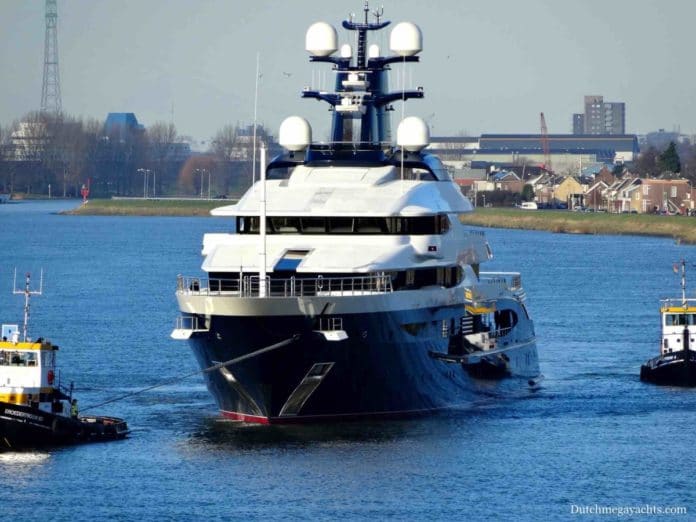 Malaysia’s anti-corruption agency has called former prime minister Najib Razak to its offices where he is expected to be charged with three counts of money laundering.
The Bernama news agency said the Malaysian Anti-Corruption Commission was expected to release the embattled prime minister after he made a statement.
Najib was arrested and charged last month with three counts of criminal breach of trust and one count of abuse of power related to an alleged transfer of US$10.3 million into his personal account from SRC International, a subsidiary of the sovereign wealth fund 1Malaysia Development Berhad (1MDB).
He denies the allegations.
Najib is scheduled to attend a pre-trial hearing in court today (Wednesday).
If convicted, he faces up to 20 years in jail and a fine of five times the value of the alleged bribe.
Prime Minister Mahathir Mohamad said Indonesia had handed over a yacht allegedly bought with money stolen from the fund.
Mahathir thanked Indonesian President Joko Widodo for returning the US$250-million Equanimity (pictured), which was seized by Indonesia off Bali in February in cooperation with the US FBI.
“We believe that this yacht belongs to the Malaysian government because it was bought with Malaysia’s money that was stolen,” Mahathir said on Facebook, basing his remarks on the US Justice Department.
Finance Minister Lim Guan Eng said the floating piece of evidence was expected to arrive in Malaysia’s Port Klang.
The Equanimity has a helicopter landing pad, plunge pool, gym and cinema. It was built in 2014 by the Dutch yacht manufacturer Oceano, which received detailed instructions from Malaysian financier and 1MDB kingpin Jho Low about its outfitting.
“At the end of the day, the yacht must be sold off” to recover lost assets, Lim said.
The Malaysian Justice Department listed the yacht among the assets it could seize and sell to recover stolen funds.
American investigators said Low bought the yacht with proceeds diverted from 1MDB.
Low, who has so far evaded the Malaysian authorities, issued a statement through his US attorney this week protesting against the handover of the Equanimity as an “illegal act” for ignoring American court proceedings.
1MDB is being investigated by at least six countries, including Singapore, Switzerland and the US, over alleged money laundering.
The US Department of Justice estimated that US$4.5 billion was stolen from 1MDB.
Najib and his wife Rosmah Mansor have been forbidden from leaving the country.