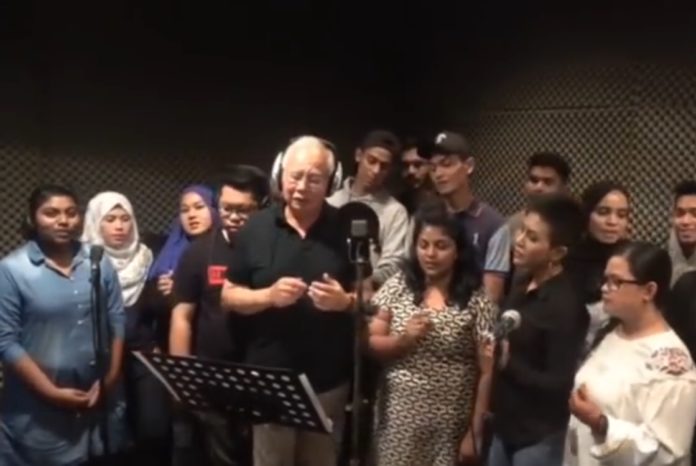 Najib denies around 40 charges of criminal breaches of trust, abuse of power and money laundering. The 65-year-old faces a series of trials over the ill-fated sovereign wealth fund 1Malaysia Development Berhad (1MDB).

The first trial relates to US$10.6 million from SRC International, part of 1MDB, established to invest in energy projects, which allegedly ended up in one of Najib’s accounts.

The prosecution’s key witness is the ex-director of SRC, Suboh Yassin, who spent three years in exile, last year he surrendered to the Malaysian anti-corruption authorities and is now in a witness-protection programme. Prosecutors are expected to call around 60 witnesses.

The scandal allegedly began when a joint venture was signed between 1MDB and a firm called PetroSaudi. Hundreds of millions of dollars were purportedly sent to a Swiss bank account controlled by fugitive financier Jho Low.

Low is rumoured to be in China.

Around US$4.5 billion was allegedly stolen from 1MDB, and, according to the US Department of Justice, about a quarter of it ended up in Najib’s personal bank accounts.

The money passed through numerous institutions and accounts in West Asia, the Caribbean and Seychelles and was largely squandered on luxury property, parties, gems, art, private jets and a super-yacht.

Police found nearly US$300 million worth of goods and cash at properties linked to Najib after his defeat in last May’s election.

Najib says he is the victim of a vindictive government led by Prime Minister Mahathir Mohamad, 93, his former mentor.

“On May 9, 2018, I was ousted. All this time, I have been fighting with my life, for the people I love. But what can I do?” Najib said, while introducing a video (pictured) in January of him singing a Malay-language version of “Kiss and Say Goodbye”.

In his charm offensive, largely aimed at the ethnic-Malay community, Najib recently visited the resort island of Langkawi, Mahathir’s constituency.

An unimpressed Mahathir told journalists last week that Najib seemed popular on social media because “he provides a lot of stories”.