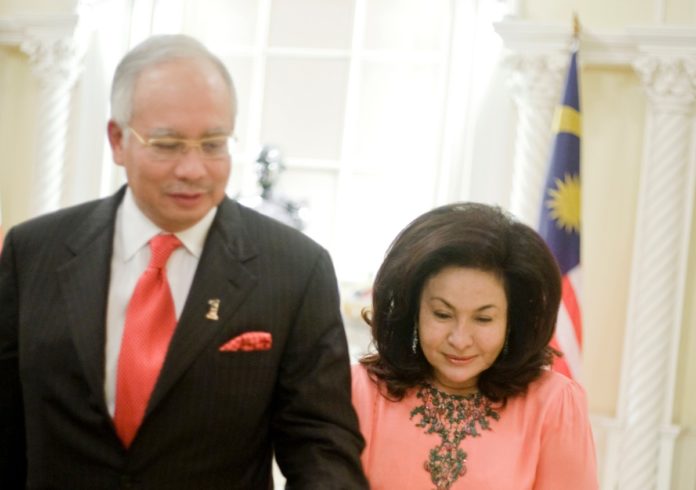 Shaariibuu Setev, the father of murdered Mongolian model Altantuya Shaariibuu, has told the Malaysian High Court that his daughter travelled to Malaysia in October 2006 to meet someone called “Razak”.
Altantuya was shot dead and her body destroyed with plastic explosives near Kuala Lumpur in 2006.
His family has launched a RM100 million (US$24 million) civil lawsuit against Malaysia’s government, Altantuya’s convicted killers and the man with whom she had an affair.
Malaysia reopened the investigation into Altantuya’s murder last year after Najib surprisingly lost the May general election to Mahathir Mohamad.
Shaariibuu, 69, a retired academic from the Mongolian National University, admitted he did not know whether the man was former prime minister Najib Razak.
Her death is allegedly part of a scandal involving claims that an associate of Najib arranged huge kickbacks for the purchase of French submarines in 2002.
“All that she told me was Razak. I do not know which Razak, Abdul Razak Baginda or Najib Razak,” he said through an interpreter.
Altantuya’s lover Abdul Razak was previously acquitted of abetting the murder.
Abdul Razak was a political analyst who used to run the Malaysian Strategic Research Centre think tank in Kuala Lumpur.
He was a close aide to Najib when he was defence minister from 2000 to 2008 and deputy prime minister until April 2009, when he took the top job.
Allegations have long circulated that Najib, while he was deputy premier, and his wife Rosmah Mansor (pictured) were involved in the killing.
Both have rejected the claims and Najib has repeatedly denied knowing Altantuya.
Two government bodyguards were convicted sentenced to death for the murder and one, Sirul Azhar Umar, subsequently fled to Australia, asking for the conviction to be quashed in exchange for evidence.
Shaariibuu said he had seen a photo of Altantuya in her luggage before she left.
“I opened her bag and I saw a photo of two men with her. I asked her who they were. She said these were the people she was going to meet in Malaysia,” he told the court.
Shaariibuu explained why his daughter, known as “Amina”, said she visited Malaysia so frequently.
“She told me she was in a relationship with a ‘big’ man whose name was Baginda and that the trip was important because she wanted to arrange medical help for her handicapped son who was born with cerebral palsy,” the former scholar said.
He said he discovered a 2005 flight ticket purchased by a “Razak” and a jewellery receipt from Baginda.