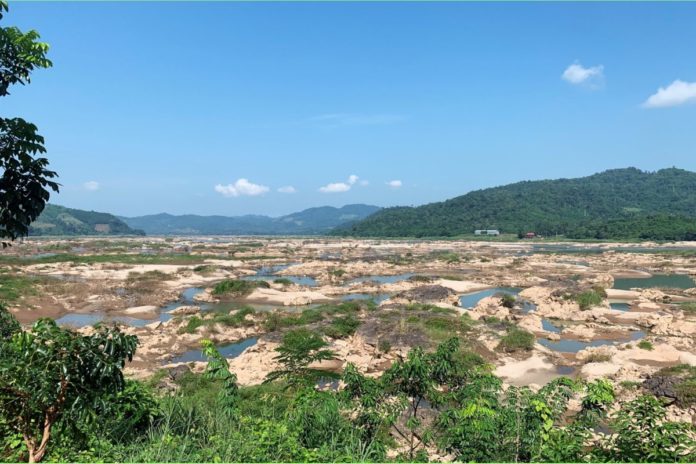 According to the Mekong River Commission (MRC), the drought has brought the water levels of the Mekong River to their lowest levels in at least 60 years. Further, most parts of the lower Mekong basin have been experiencing exceptionally low flow since June.

An MRC preliminary analysis noted that Cambodia and Thailand will be hit harder than Laos and Vietnam.

“The drought is caused by insufficient rainfall during the wet season with a delayed arrival and earlier departure of the monsoon rain and an El Niño event that has created an abnormally high temperature and high evapotranspiration,” the commission said.

During a normal year, the monsoon rains usually start in late May and end in October. But this year, they began almost two weeks late and stopped about three weeks earlier.

“The issue of water shortage for consumption could also come into play as the drought persists,” he added.

The drought condition is forecast to worsen from next month to early January, with most parts of the lower Mekong basin having little to no rain.

Experts say the dam-building mania in China and Laos has aggravated the drought.

“These are causing the Mekong to die a death of a thousand cuts,” said Brian Eyler, author of The Last Days of the Mighty Mekong.

The latest dam is the $4.47 billion Thai-owned Xayaburi Dam that went into operation end of last month in Laos after years of warnings over adverse environmental impacts.

“I don’t want any more dam construction,” said fisherman Sup Aunkaew, who tossed a poor catch into his boat, adding that the fish spawning habits have been “confused” by the unseasonably low water levels.

The 1,285-megawatt Xayaburi Dam was built by CKPower – a subsidiary of the Thai builder and majority shareholder CH Karnchang – which went ahead with construction despite protests in Thailand, which is buying most of the electricity.

The MRC Council, the MRC’s highest ministerial body, will meet and discuss the drought issue next week during an annual gathering in Phnom Penh.

The council is expected to approve a Drought Management Strategy as part of ongoing efforts to address much-needed mitigation measures, information sharing, and dissemination mechanisms about drought.