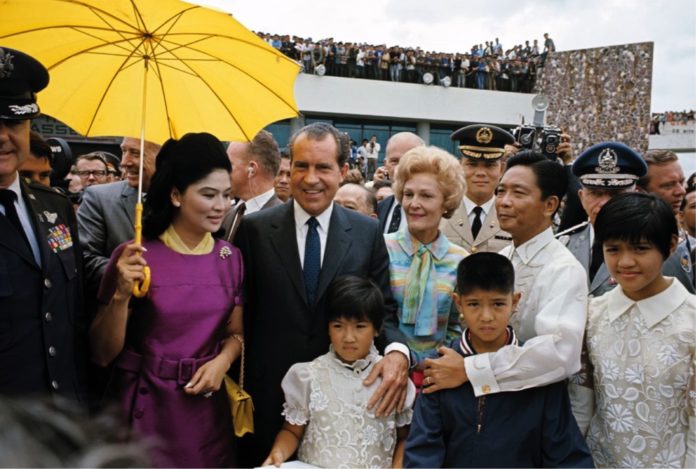 Protesters across the Philippines have condemned President Rodrigo Duterte amid events to mark the 46th anniversary of the declaration of martial law under strongman leader Ferdinand Marcos.

Rallies were scheduled across 14 regions amid discontent about the price of goods, the thousands killed in Duterte’s “war on drugs” that has failed to stamp out the narcotics trade and that critics like Senator Antonio Trillanes and Australian nun Sister Patricia Fox face prosecution or deportation.

Duterte recently said Marcos’ daughter, Ilocos Norte Governor Imee Marcos, donated to his 2016 presidential campaign and that he wanted the former president’s son and former senator, Ferdinand “Bongbong” Marcos Jr, to be vice-president and succeed him.

Marcos is claiming that no abuses occurred under his father’s regime.

The Catholic church, which was instrumental in toppling Marcos in 1986, is one of the groups that helped organise the September 21 protests.

The anniversary of the nationwide declaration of martial law in September 1972 and the recent burial of Marcos at the heroes cemetery have sparked protests.

In 1973 and 1978 GDP exceeded 8.8 per cent, largely dependent on exports of coconut and sugar that were highly regulated.

Martial law was lifted in January 1981 and the dictator was eventually ousted by the People Power Revolution in February 1986.

Prices dropped sharply after martial law was declared. Infrastructure spending was boosted by the construction of roads, bridges, hospitals and cultural establishments.

But Professor Maria Socorro Bautista of the University of the Philippines Diliman said the figures were misleading.

According to government data, GDP contracted by 7.3 per cent for two successive years in 1984 and 1985.

The recession in 1981 led the US Federal Reserve to push up interest rates, which hammered the Philippines’ dollar-denominated loans.

Richard and Pat Nixon at the Manila International Airport with Imelda and Ferdinand Marcos and their children Irene, Bongbong and Imee. Picture credit: Wikimedia