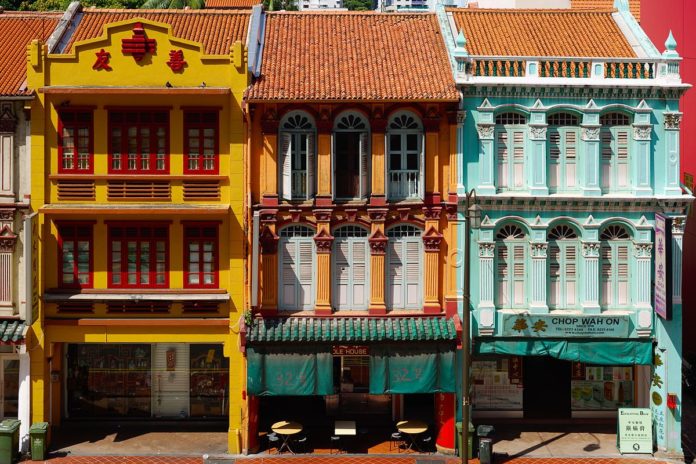 Malaysians go to the polls next year as the complacent Barisan Nasional (BN) coalition eyes another five-year term.

But voters are understandably uninspired as they see constant evidence of their ruler’s greed, while their own living standards erode.

The United Malays National Organisation (Umno), which has kept a grip on the nation since independence, met last week in its final party conference before the general election that must be held before next August.

Prime Minister Najib Razak used the event to re-secure his leadership ahead of next year’s campaign with party chairman Badruddin Amiruldin praising the spirit of “togetherness and mutuality” behind the embattled premier.

But Malaysia’s current political climate contradicts the message of solidarity. Najib is uneasily balancing his “Malay First” strategy with the requirement to win minority votes away from the opposition parties.

Many countries with a similar ethnic patchwork have suffered prolonged civil wars. In the early 1970s, Lebanon was used as a possible power-sharing model for Northern Ireland to follow before its civil war erupted in 1975.

But Malaysians have managed to create something of an equatorial Switzerland and politicians should try to exploit the federation’s ethnic balance with extreme caution.

Najib’s capacity for survival against the odds has surprised onlookers and no one should write him off ahead of next year’s election.

When the 1 Malaysia Development Berhad (1MDB) corruption scandal began to unfold in 2015, Umno seemed to be in chaos, but Najib’s ruthlessness and his refusal to fall has defied political gravity.

The scandal might, however, have an impact on next year’s vote.

A study for the ISEAS-Yusof Ishak Institute this week of Western Johor’s Gelang Patah suggests 1MDB is among a number of factors dampening down voter enthusiasm for the 2018 election.

The constituency was seized by the opposition Democratic Action Party (DAP) chief Lim Kit Siang from the BN in the last general election in 2013 after 50 years as a government bastion.
But the study found apathy was the prevailing emotion, with some voters saying they might not vote if it rained on election day.

Dr Francis Hutchinson, coordinator of the study at the institute, said many voters in the constituency remained uninspired and undecided about who to back next year.

Johor, the birthplace of Umno, has a growing, multi-ethnic population of 3.7 million and 26 parliamentary seats. It is often seen as a bellwether state for national voting behaviour,  Hutchinson argues.

The poll put BN on 35-per-cent support in Johor with no opposition party reaching 10 per cent. But more than 55 per cent of respondents were undecided or did not state a preference.

Democracy appears to be leaving Malaysia rather cold. One answer might be that voters do not feel they are being given a slice of the nation’s economic success.

The International Monetary Fund has increased Malaysia’s GDP growth forecast from 5 to 5.5 per cent for the year but many people’s salaries are failing to keep up with rising living costs.

Inflation hit an eight-year high of 5.1 per cent in March as fuel costs rose and families talk about skipping meals to make ends meet.

Since Najib took over Umno in 2009, the party has lost considerable ground within the BN coalition, losing the popular vote for the first time in 2013 and shedding seats.

Now Najib tries to appeal to Malaysia’s large, entrenched minorities, while wrapping himself in the cloak of political Islam. Just this month he launched a tirade after Donald Trump recognised Jerusalem as Israel’s capital.

Umno has attempted to attract ethnic-Chinese voters who once supported the Malaysian Chinese Association (MCA), Barisan Nasional’s second-largest party, before largely shifting to the DAP since 2008.

Najib also seems keen to attract ethnic-minority votes but has limited credibility when he claims to be voice of Malaysia’s Chinese and Indian communities.

The embattled premier reportedly told the conference: “Umno is not a racist party. If we were, how could we accept and work with component parties of other races in harmony for decades?

“I must also stress that Umno is not anti-Chinese. But it is obvious that the Chinese and some of the Indians were also dragged, trapped and victimised by the opposition’s [‘war on truth’] and lies.”

It will be hard to convince many ethnic-Chinese voters of his good intentions when the rest of his speech was littered with Malay nationalist sentiment.

Najib continued: “If the opposition wins … the special rights of Malays, as the original forbearers of this land, from a noble and free race, will have its pride stepped on and its [position] in the centre sold. Are we willing to allow Islam to be belittled and insulted on this soil? Secondly, do we want to see the institution of Malay rulers desecrated or even betrayed?”

The Indian minority generally gets overlooked in this ethnic tussle although Najib claimed, rather implausibly, to be “the father of the development of the Indian community”. Around 7 per cent of Malaysia or 2 million descend from the subcontinent, running some of the world’s finest Indian restaurants.

Like the MCA, the Malaysian Indian Congress in the BN used to be dominant but since 2008 its fortunes have slumped.

With a scandal-ridden leader determined to cling to power and a potential powder keg of competing ethnic groups, Malaysia’s politicians must act with restraint in the next nine months.

Georgetown in Penang. The diversity of Malaysia must be cherished. Picture credit: Wikimedia