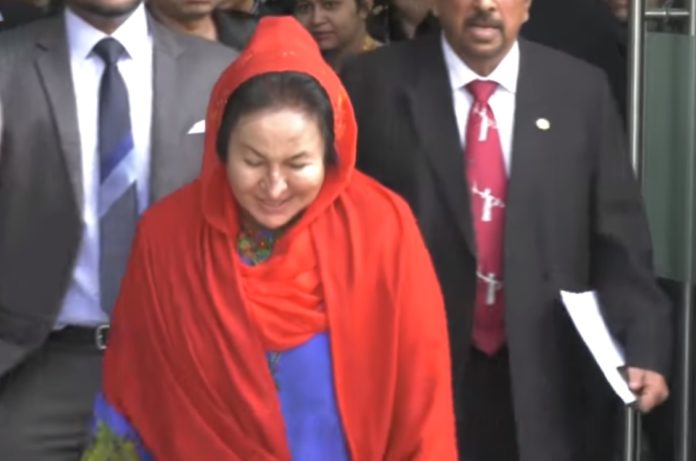 Malaysia’s police have confirmed they are reopening the murder probe into Mongolian model Altantuya Shaariibuu.

Altantuya was shot dead and her body blown up by military-grade C4 explosives in Shah Alam outside Kuala Lumpur in 2006. The pregnant model was reported to be the lover of Abdul Razak Baginda, who advised then defence minister Najib Razak from 2000 to 2008 before he became prime minister.

Najib denies any wrongdoing and says he did not know the victim.

Two police bodyguards, Sirul Azhar Umar and Azilah Hadri, who worked for Najib, were found guilty and sentenced to death in 2015. No motive for the murder was ever established.

Azilah is currently on death row. Sirul fled to Australia while appealing against the sentence and is being held in a Sydney detention centre for overstaying his visa.

Najib, who has been barred from leaving the country, already faces an impending investigation over the 1Malaysia Development Berhad sovereign wealth fund.

Mahathir said this week that there was “an almost perfect case” against his former protege, Najib, on charges of embezzlement, misappropriation and bribery linked to 1MDB. The 92-year-old said: “Nothing can be done without his signature and we have his signature on all the deals entered into by 1MDB. Therefore, he is responsible.”

Najib has claimed his advisers and 1MDB bosses kept the embezzlement of funds a secret from him.

The 64-year-old said this week that he did not know if hundreds of millions of dollars that moved through his bank account was from 1MDB, and if the fund paid for the yachts, paintings, luxury property and jewellery that appeared among his inner circle.

The former prime minister claimed the numerous luxury handbags were gifts and wedding presents to his wife, Rosmah Mansor (pictured), and daughter, and had nothing to do with 1MDB.

“These were gifts, particularly with my daughter’s they were tagged, they were actually labelled: when, by whom,” Najib told Reuters this week.

His son-in-law, Daniyar Nazarbayev, the nephew of Nursultan Nazarbayev, president of Kazakhstan, provided many of the handbags, Najib said.

“People might find it hard to understand, but my son-in-law for example, he gets Birkin [handbags] from his source, five or six at one go. His family has got some means, so it has nothing to do with 1MDB if it comes from Kazakhstan,” the embattled former leader claimed.