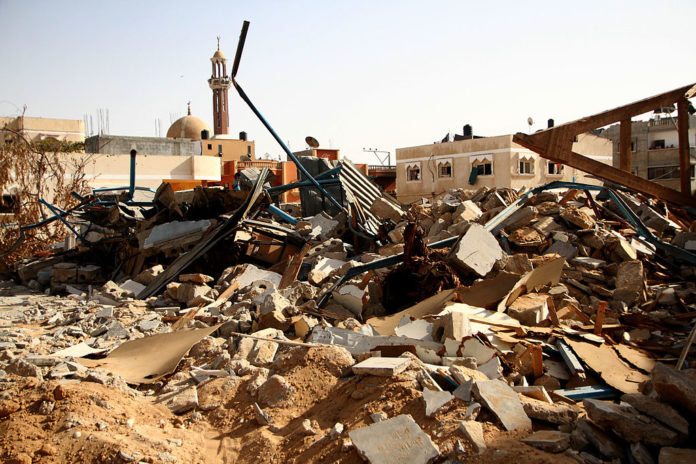 The International Paralympic Committee (IPC) has prevented Malaysia from hosting the 2019 World Para-Swimming Championships after it banned Israeli competitors from attending.

The championships, a qualifier for the 2020 Tokyo Paralympics, were due to be held in Kuching from July 29 to August 4.

About 600 swimmers from 60 nations were expected to take part in Kuching with more than 160 world titles under contention.

The IPC said alternative venue would be found for the same dates with applications needed by February 11.

“All world championships must be open to all eligible athletes and nations to compete safely and free from discrimination,” said IPC president Andrew Parsons.

He said when the IPC signed the contract with the Paralympic Council of Malaysia in September 2017 to host the swimming championships, it received assurances that all registered athletes and countries would be allowed to participate with their safety assured.

But a change of government in May last year resulted in hardline Prime Minister Mahathir Mohamad coming to power.

“When a host country excludes athletes from a particular nation, for political reasons, then we have absolutely no alternative but to look for a new championships host,” Parsons said.
Malaysia does not have diplomatic relations with Israel and announced this month that Israelis could not attend the event.

The openly anti-Semitic Mahathir said Israelis were not welcome in Malaysia.

“We feel that they are doing a lot of wrong things, but getting away with them because nobody dares to say anything against them,” the 93-year-old said while visiting London.
Syed Saddiq, the Malaysian minister of youth and sport, defended the decision in a statement.

“If hosting an international sporting event is more important than standing up for our Palestinian brothers and sisters who get murdered, maimed and tortured by the Netanyahu regime, that means Malaysia has truly lost its moral compass,” he announced. “Malaysia stands firm with our decision on the ground of humanity and compassion for the Palestinian plight. We will not compromise.”

Earlier this month, the Malaysian cabinet decided that Israelis would not be allowed to attend.

“Even if we have already committed to hosting an event, they will not be allowed,” Foreign Minister Saifuddin Abdullah told the media, adding that Malaysia would “not host any event that has representation from or participation of Israel”.

Israel condemned the ban as “shameful” and inspired by Mahathir’s “rabid anti-Semitism”.
Mahathir has been making anti-Jewish remarks for decades and told the BBC in October the Jews were “hook-nosed” and responsible for all West Asian conflicts. “Jews rule the world by proxy,” he blogged in 2012, while in retirement.

Israeli foreign ministry spokesman Emmanuel Nahshon tweeted: “This is a victory of values over hatred and bigotry, a strong statement in favour of freedom and equality. Thank you @Paralympics for your brave decision!!!”