Malaysia says it will send back 3,300 tonnes of waste to its original countries because it was rotting, contaminated, had been falsely labelled or smuggled into the country.

At the weekend vast piles of imported plastics were exposed beside a palm-oil plantation an hour from Kuala Lumpur.

Malaysian environment minister, Yeo Bee Yin, said the government was cracking down on illegal plastic recycling factories that have spread across the country.

The authorities say they have shut more than 150 factories since last July. And five sea containers of waste were sent back to Spain earlier this month.

“We urge the developed countries to review their management of plastic waste and stop shipping the rubbish out to the developing countries,” the minister said.

Up to 100 tonnes of Australian plastic waste would be sent back because it was too contaminated to recycle, Yeo said.

The minister added that Australia had sent plastic bottles “full of maggots”.

A British firm exported more than 50,000 tonnes of plastic waste in about 1,000 containers to Malaysia over two years, she said.

Last year, the largest plastic receiver, China, introduced new standards that ruled out 99 per cent of what the developing world used to export.

Since then plastic exporters have looked elsewhere.

Yeo said the 3,000 tonnes was “probably just the tip of the iceberg [because of] the banning of plastic waste by China”.

She added that Malaysia had become a “dumping ground” for international plastic rubbish that was harming its environment.

“Malaysia will not be the dumping ground of the world,” Yeo said. “We will fight back. Even though we are a small country, we can’t be bullied by developed countries.

“What the citizens of the [developed world] think they have sent for recycling is actually being dumped in our country … Malaysians have a right to clean air, clean water and a clean environment to live in, just like citizens of developed nations.”

Philippine President Rodrigo Duterte recalled his ambassador to Canada after it failed to meet a May 15 deadline to take 103 sea containers filled with rubbish, which reportedly included soiled nappies.

Simon Ellin of the Recycling Association, which represents recyclers, said Malaysia was right to punish those responsible for illegal plastic but “legitimate exporters of a high-quality product should not be blamed for the actions of a minority”.

Piles of plastic a strewn across Asean. Picture credit: Pixnio 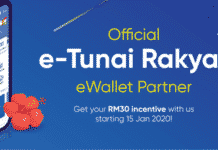