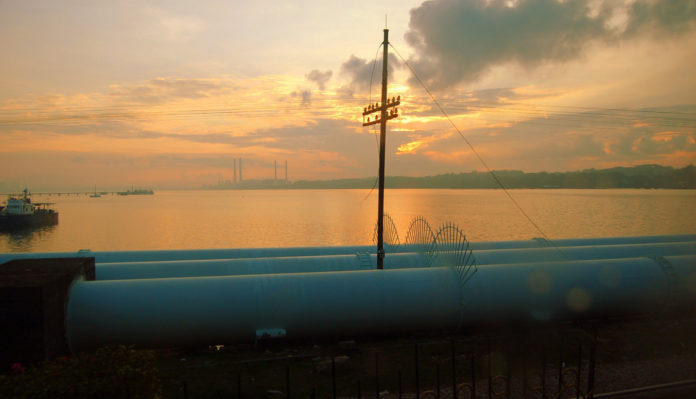 Economic relations between Malaysia and Singapore are still “good”, according to Malaysian International Trade and Industry Minister Darell Leiking.

He said issues over the 1962 Water Agreement and the abandonment of the high-speed rail between Kuala Lumpur and Singapore would not harm overall bilateral relations.

Leiking said he believed foreign investors were starting to see that the new Pakatan Harapan government was seriously reviving and rebuilding the economy.

“The trust and closeness between us have always been there. Singapore is very aware Malaysia is going through a tough time. We have fiscal mismanagement,” said Darell, who is attending the 50th Asean Economic Ministers’ Meeting in Singapore.

The new Malaysian government has talked about raising the price at which it supplies water to Singapore but is yet to make a formal request. Both countries are also discussing Malaysia’s request to defer the rail project that was signed in 2016 and originally due for completion in 2026.

He said both China and Singapore realised Prime Minister Mahathir Mohamad was “going to redo and revamp our fiscal management”.

“After all, how could we carry on some projects that will burden our nation?” the minister told the media.

“We will be able to resolve any small problems that we have if any. We never look at the problems. We are looking at solutions,

“We have met business council and chambers who have given assurance that they will continue to invest in Malaysia … they will add more investments in Malaysia.

“On our part, we have assured them that we will try our best to overcome any obstacle that they are facing, and help them to reduce bureaucracy if any,” he added.

A former Malaysian spy chief has been remanded in custody over the alleged theft of funds intended to be used for the May general election.

Hasanah Abdul Hamid, formerly of the Malaysian External Intelligence Organisation and an ally of ex-prime minister Najib Razak, was arrested this week over the alleged theft of election funds from the prime minister’s department. Reports say the sums amount to millions of ringgit.

Investigators also arrested seven other officers from Hasanah’s agency this week. Her team worked directly under the prime minister’s department. She sparked controversy in July after a letter she wrote to the CIA before the election leaked online.

She urged Washington to back Najib and said he was a friend of America while his challenger Mahathir was “anti-west”.