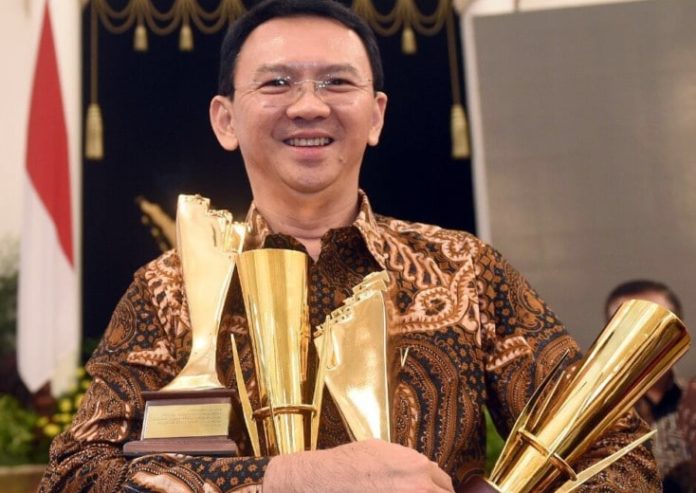 Jakarta’s Christian former governor has been released from prison, nearly two years after his blasphemy conviction reinforced an image of Indonesia as an increasingly intolerant Islamic society.

Basuki Tjahaja Purnama (pictured), 52, was previously known as Ahok but has now asked to be referred to as BTP. He dodged his cheering supporters on his release at dawn. Last week he said he no longer wanted to be known by Ahok, a Hakka Chinese nickname he says he associates with his old “arrogant” image.

He said he was grateful to God for the jail time and that if he had stayed in office he would have been “more arrogant, ruder” and hurt people.
“My dad’s a free man! Thank you everyone for the support,” tweeted Nicholas Sean, one of his three children.

BTP had been a popular politician who won praise for trying to clean up the congested megalopolis and stamp out corruption before his imprisonment.

Now marriage forms have reportedly been submitted for Jakarta’s first non-Muslim governor in 50 years and its first ethnic-Chinese leader.

A rumoured wedding between BTP and Brigadier Puput Nastiti Devi has been widely discussed online with February 15 named as the expected date.

BTP was previously married to Veronica Tan until their divorce in April last year.

BTP’s imprisonment followed September 2016 comments he made during his re-election bid when he was accused of insulting Islam.

In a speech, he implied Islamic leaders were trying to trick voters by using a verse in the Koran to argue that Muslims should not vote for a non-Muslim candidate.

An edited video went viral, sparking protests in Jakarta led by radical groups and encouraged by his political rivals.

His prosecution sent a message that freedoms of expression and religion in Indonesia are under threat and made it harder for non-Muslims to run for office in the multi-faith archipelago.

BTP’s case drew international criticism, including from the United Nations, which called on Indonesia to change its blasphemy law.

Islamist groups had called for the maximum sentence of five years and protested to say his conviction was too lenient, but BTP’s supporters said he should have been acquitted.
“Ahok’s unjust conviction is a reminder that minorities in Indonesia are at risk so long as the abusive blasphemy law remains in place,” Elaine Pearson of Human Rights Watch said.