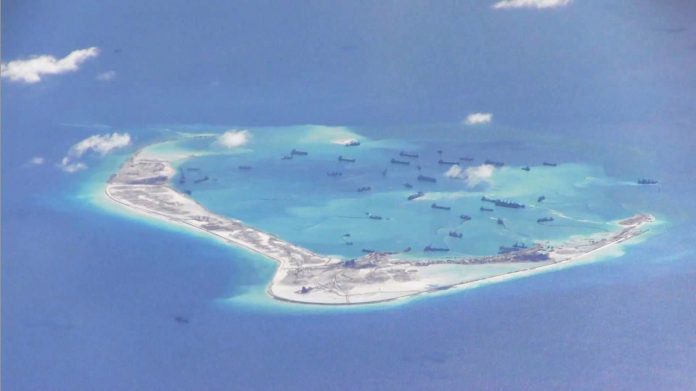 Jakarta has announced that an Asean statement raising concern over China’s expansion into the South China Sea was issued incorrectly, as a summit over the contentious issue ended in confusion.

Malaysia’s foreign ministry announced on Tuesday that Asean was warning that recent actions in the South China Sea had “the potential to undermine peace”.

It said “a candid exchange”, suggesting a diplomatic confrontation, between the Asean’s foreign ministers and the Chinese had taken place in Kunming, China.

But shortly after, the Malaysians announced that the Asean secretariat had withdrawn the declaration, pending “urgent amendments”.

The Malaysian statement was a “media guideline” for Asean ministers to refer to at a post-meeting media announcement and not formal declaration that spoke for the 10 members, said Indonesia’s foreign ministry spokesman Arrmanatha Nasir.

Indonesia, with Asean’s largest population and economy, has no territorial claim to the fuel-rich waters.

The confusion presents another example of Asean’s ongoing inability to speak with a united voice on the issue, therefore allowing China to tighten its grip on its artificially extended islands.

Laos, Cambodia and Myanmar, which have no claim to the region, have often proved unwilling to back a united stand on the issue.

“The Asean foreign ministers did not have a chance to discuss how they would release the content of the media guideline to the media,” Nasir added.

Bridget Welsh, a Southeast Asian political scholar, said it appeared to be a Malaysian mistake.

She said dependence of Chinese trade made members reticent to speak out ahead of the UN tribunal’s imminent decision in The Hague over a case brought by the Philippines against China.

Beijing has reacted angrily to the Philippine pursuit of legal action over the Scarborough Shoal which the Chinese has occupied but is recognised as Philippine territory.

“I think they want to wait until the arbitration decision comes out before making any sort of clear joint statement as a group,” Welsh explained.

Asean observer Professor Carl Thayer at the University of New South Wales said that China appeared to have reacted angrily to the Malaysian statement.

He said: “China obviously objected to the wording of the joint statement. This led to the Asean secretariat’s decision to rescind the earlier release.”

In 2012, an Asean foreign ministers’ summit ended in arguments when the Philippines accused their Cambodian hosts of blocking a strong statement accusing China of raising tensions in the sea.

The meeting ended with no joint statement for the first time in Asean’s 45-year history.

While Asean statements do not mention China by name, the bloc’s statements have used stronger language to condemn island-building.