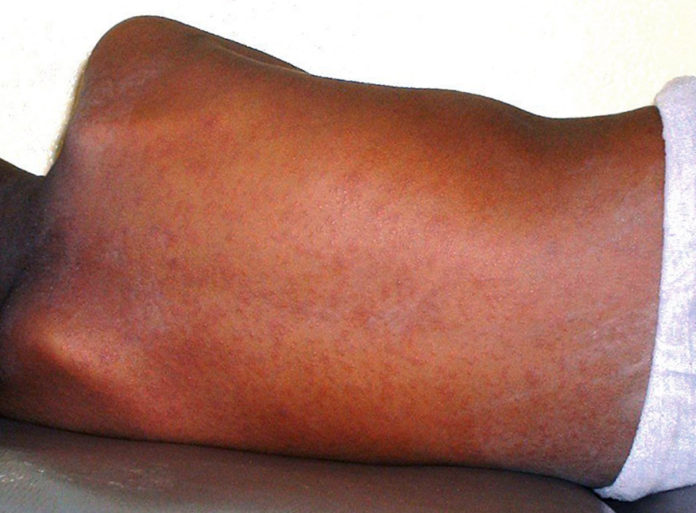 An Indonesian pharmaceutical manufacturer has said it is trying to design a “halal” measles-rubella vaccine amid concerns that Muslim parents might refuse to inoculate their offspring on the grounds that the jab contains traces of pork.
The state-owned Bio Farma confirmed its research after the Indonesian Ulema Council (MUI) declared the vaccination “haram” or forbidden.
The body is pressuring its current supplier, the Serum Institute of India, to move away from using religiously prohibited ingredients.
The MUI, Indonesia’s principal Islamic institution, later backtracked and said Muslims should continue to have their children inoculated until an alternative was available.
Indonesia has the world’s largest Muslim population, with more than 87 per cent of its citizens identifying as Muslim, according to the Pew Research Centre.
Bambang Heriyanto of Bio Farma said that the firm was working with the MUI to develop products that would address the ruling.
“We are working so that the MR vaccine does not use haram or najis [unclean] materials in its production process,” he told the media.
“It will take a lot of research and a long time to replace one of the components of the MR vaccine … up to 15 to 20 years.”
The Serum Institute of India was unavailable for comment.
Last year Jakarta launched an immunisation campaign targeting children aged between nine months and 15 years to eliminate the diseases by 2020.
In January a measles outbreak killed around 100 non-Muslim children in impoverished Papua province.
But CNN reported that towns had already suspended the vaccine before the MUI ruling.
The MUI fatwa commission secretary Asorun Ni’am said it would only permit the jab on the “condition of necessity” as there were no alternatives.
“Competent and trusted experts have explained the dangers posed by not being immunised due to the lack of a ‘halal’ vaccine,” Asorun said.
Professor Tim Lindsey, the director of the Centre for Indonesian Law at the University of Melbourne, said the body’s nuanced position was unwelcome on the key health issue.
“I think it could well obstruct the whole vaccination process to some degree, possibly even significantly in some areas,” he said.
The MUI, an NGO with state funding, oversees all Islamic bodies in Indonesia, and issues halal certifications and regulate Islamic banking.

Of the body, Lindsey said: “It does have a lot of influence and it’s also been very skillful in using its fatwas.
“If you have the authority of being a fatwa-giver then your fatwas can hold a great deal of weight. So Indonesians are technically not bound by that but many Muslims in Indonesia, particularly more conservative ones, will take it very seriously and give it a lot of authority.
“MUI is very good at issuing a fatwa on provocative social issues and this is one of the ways in which it has won authority,” Lindsey added.

A measles rash on a child. Picture credit: Wikimedia