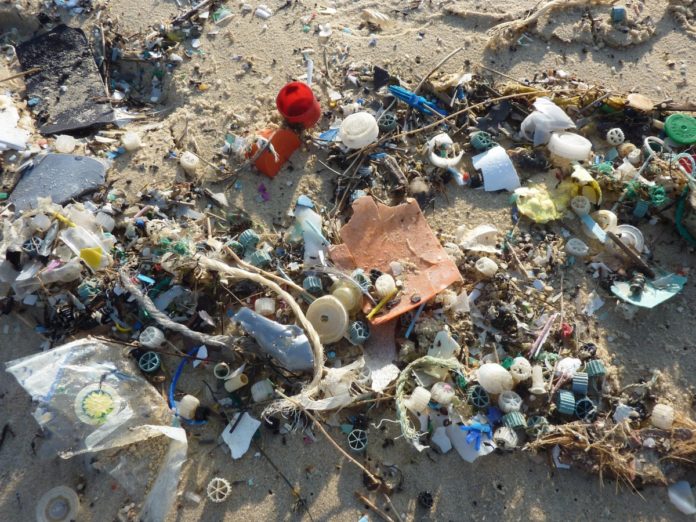 Indonesia says it is trying to prevent tonnes of plastic waste washing up on northern Australian beaches as more marine life is found after choking on the archipelago’s plastic rubbish.

An Indonesia envoy in Australia, Dicky Soerjanatamihardja, visited East Arnhem Land in the Northern Territory (NT), where the indigenous Yolngu and environmentalists struggle with tonnes of plastic.

Thousands of bottles, buoys, nets, flip-flops and canisters arrive on the pristine beaches.

Researchers estimate that up to one tonne of waste has been washing up per kilometre of beach, with Indonesia seen as the main culprit.

Soerjanatamihardja, Indonesia’s NT representative, said: “I talked to some of the closest areas to the Northern Territory, like the government of Maluku … and they also say they that it might be possible … to give more education about how to manage the non-biodegradable waste, like plastic bottles.”

Only China sends more plastic into the sea than Indonesia, according to a study in the journal Science in January.

In the past, China, Indonesia, the Philippines, Vietnam and Thailand accounted for up to 60 per cent of maritime plastic waste, according to a 2015 report by the Ocean Conservancy and the McKinsey Centre for Business and Environment.

A turtle was found dead earlier this week in Indonesia with plastic waste hanging from its remains, environment activists said.

It was the first time a turtle had been found with so much plastic waste in its stomach, said Hary Hermanto, who found the turtle on Congot beach in southern Java at the weekend.

Australian environmentalists say much of the NT trash comes from the thousands of fishing vessels in the under-regulated Arafura Sea.

Kylie Tune of the Cleaning Up Cape Arnhem campaign said seeing Indonesian representatives taking notice of the region’s issue “could mean the beginning of some change”.

“A lot of people feel perhaps angry at Indonesia and other countries for not disposing of their rubbish properly, but they don’t have access to the same disposal of rubbish that we have,” Tune said.

She said education was key, along with the Indonesian authorities looking at ways to better manage their waste.

“When you’re down on the beaches, clearly a lot of [rubbish] from boats, there’s no question, but there’s also a lot of domestic debris as well,” she said.