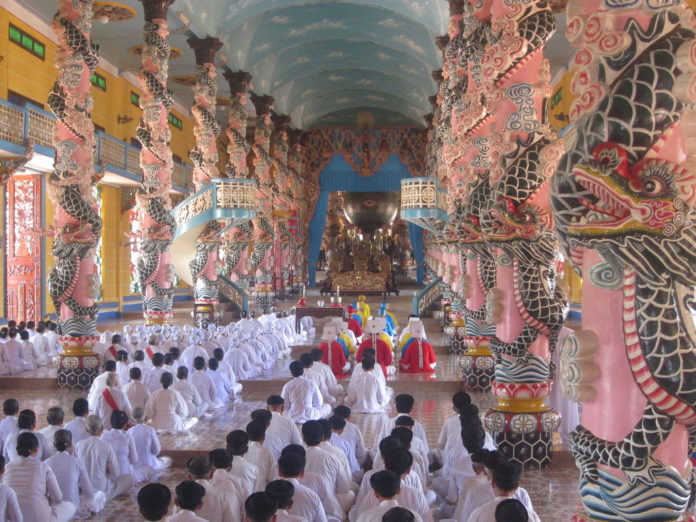 Vietnam presented a misleading picture of its rights record at the United Nations Human Rights Council in Geneva last month, according to Human Rights Watch (HRW).

Hanoi reportedly said it implemented 175 of 182 recommendations accepted at its latest Universal Periodic Review (UPR) in 2014 but the US-based NGO disputed the claims, saying that it had instead stepped up its crackdown on the tech sector.

“Vietnam’s leaders could have used the UN session to commit to real rights reforms, but instead they plunged deeper into denial about the country’s abysmal human rights record,” said Phil Robertson, the group’s regional spokesman. “Vietnam should recognise that when the only country that praises your ‘human rights progress’ is China, you are clearly doing many things wrong.”

Deputy Foreign Affairs Minister Le Hoai Trung reportedly told the hearing that the one-party state ensured all citizens had “the right to be treated equally before the law” and access to legal assistance.

HRW dismissed Vietnamese trials as unfair and said defence lawyers had inadequate time to prepare for politically motivated hearings and to present their cases in court. Many national security trials were concluded in two hours, the NGO said.

The rights organisation said at least 63 activists and bloggers were arrested in the last two years. The detentions resulted in 15 convictions on “fabricated” national security charges in 2017 and 42 last year, with numerous sentences of more than 10 years handed down.

Deputy Prime Minister Vu Duc Dam has tried to sell Vietnam as a tech hub, despite its poor record of gagging online debate.

Dam last month told an event in Hanoi that there needed to be proper awareness of the role of science and technology for national development.

“We have always said that science and technology is a national policy, a direct production force, but many policies, in general, have not really considered science and technology as the most important motivation and key for Vietnam to escape the middle-income trap for rapid and sustainable development,” the deputy prime minister said.

“Awareness of the importance of science and technology does not only mean money or investment capital but also changes in policy to thoroughly solve the difficulties in administrative procedures, financial mechanisms in scientific research,” Dam said.

“The authorities call independent religious groups, such as Dega Protestant congregations among Montagnards in the central highlands, ‘evil way’ organisations, force members to denounce their faith and subject them to public humiliation, detention and torture,” HRW claimed.