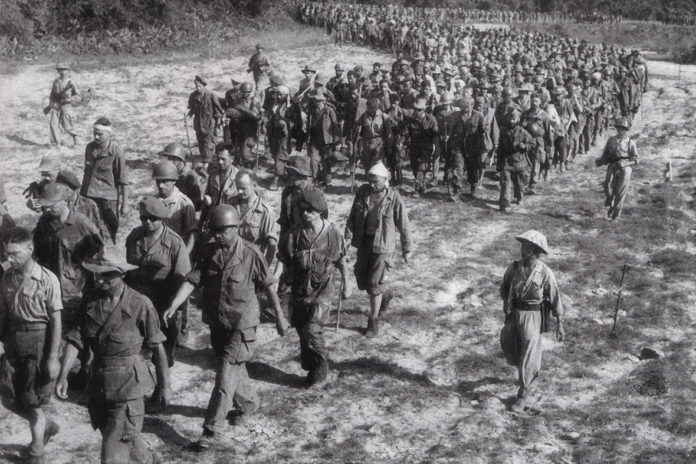 An incident in Vietnam, involving an unfortunate quip about a testicle being fashioned into the shape of a legendary general’s head, has exposed the tricky relationship between the communist state and the country’s growing role as a tech hub.

A US teacher in Vietnam was accused of making offensive comments about revered war leader General Vo Nguyen Giap.

Daniel Hauer, who is teaching English in Hanoi, posted on Facebook that he was getting a genital piercing with a testicle in the shape of the late Giap’s head.

Giap, who fought French and American forces with great success, died aged 102 in 2013. The ensuring controversy points to the thin-skinned nature of the regime with Hauer’s US nationality probably adding to the brittle nature of the official response.

Hauer has a wide following on Facebook and YouTube for his English-language teaching videos and his cultural observations.
The comments sparked online anger with calls for his deportation. Social media is popular in Vietnam but the authorities exercise strict online control, filtering out content seen as undermining the government or its values. Vietnam has, however, been more willing than China to allow international cyber firms to operate.

Hauer apologised to Giap’s family and the Vietnamese nation, asking for a second chance.

It is unlikely that Washington will be rushing to the defence of Hauer’s testicle remark. The US, despite inflicting one of the 21st century’s most catastrophic military blunders on the Vietnamese, now enjoys a close, strategic partnership with Hanoi.

China’s allies in Cambodia have effectively vetoed any collective, Asean approach to the South China Sea dispute. Even the Philippines appears keen to befriend China since the anti-American president, Rodrigo Duterte, took power last year. The US and Vietnam now find themselves closely aligned but increasingly isolated when confronting Beijing over its expansion into the resource-rich sea.

Washington will not be jeopardising this relationship over Hauer’s genital gag.

A Ministry of Information spokesman, Le Quang Tu Do, said Hauer could be fined up to US$2,200. It is thought to be the first time a foreigner has been detained for online comments. Cases targeting Vietnamese citizens for online comments have been far less trivial and involved activists challenging abuse of power by an overbearing state.
Hauer has been living in the communist state for five years and has a child with his Vietnamese wife, Le Thi Hau. She reportedly told the media that she was living in fear and receiving threatening texts and calls. Hauer would now struggle to find work, she added.
Hauer said in a Facebook video that it was only a joke after a fellow English teacher vowed to have the national flag tattooed on his chest if Vietnam won the Asian Football Under-23 competition.
“Dan just wants everybody to understand that Dan has no intention whatsoever to vilify Vietnam or vilify Vo Nguyen Giap,” he said in Vietnamese using the third person. “Dan learned a lesson to be careful in using names and images of others in a joke, particularly famous Vietnamese historical figures.”

The authorities will have far more leverage to restrict free speech while they deliver economic growth.

The business activity index for January stood at 53.4 in January, up from 52.5 in December, with a reading above 50 indicating economic expansion.

Vietnam’s PMI has now been above 50 for more than two years.

And the authorities show no indication of relaxing their grip on cyberspace.

Last month the military deployed more than 10,000 internet censors, according to the Vietnamese media.

“Such a strong growth rate does both good and harm to the country,” he was quoted saying.

“On the negative side, the enemy takes advantage of the internet to create chaos.”

Alarmist phrases like that point to a fear of encirclement in Hanoi, which continues to ban independent political parties and rights groups.

In 2013, the state banned online current-affairs discussions, saying that social media and blogs must be restricted to sharing personal information.

Vietnam is, however, in Facebook’s top 10 markets, with about 52 million active users recorded in August 2017.

Blogger Nguyen Van Hoa, 22, was sentenced in 2017 to seven years for covering a toxic spill from a factory which poisoned millions of fish.

The ability of the authorities to gag online debate about major environmental disasters should rile the Vietnamese public, not a childish online remark by an American teacher.