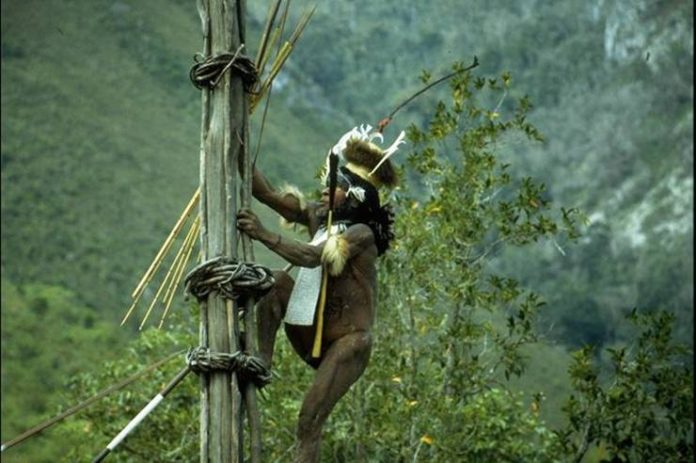 Most indigenous Papuan communities have not embraced the foreign mining companies. Source: Wikimedia

Freeport-McMoRan has warned Indonesia it was prepared to sue if it could not resolve the bitter dispute that has blocked production at its giant copper in restive Papua province.

Richard Adkerson, chief executive of the US mining firm, said there were violations in contract to mine copper at the Grasberg mine, the second biggest copper mine in the world. Jakarta and Freeport have 120 days to resolve the dispute, which was triggered by legal changes to the mining sector. “Right now we are at an impasse with government,” Adkerson told the media. “At the end of that period if this dispute is not resolved we reserve the right…to commence arbitration.”

But Freeport also said it would continue to operate in the country despite its contract disagreements.

“We are committed to staying in Indonesia. This is an important resource for Freeport, also an important object for the government of Indonesia and Papua,” Adkerson added.

Jakarta is asking international mining firms to replace their current contracts with more flexible permits, and allow higher royalty payments to the authorities and sell a 51-per-cent stake in their assets to domestic entities. Mining firms that fail to comply are not allowed to export unprocessed ore or copper concentrate. Freeport has recently sold off many of its other assets.

The mining firm wants the same legal and fiscal assurances as under its earlier deal, which dates back to 1967.

Adkerson added the US-based giant had invested US$12 billion in the archipelago and was investing US$15 billion more, providing jobs for 32,000 Indonesians. The authorities had also earned 60 per cent of financial benefit directly from Freeport, Adkerson, he told media.

He said the new regulations violated its rights. Elsewhere, the Philippines ordered the closure of more than half of its mines this month. The Indonesian authorities, which are trying to increase revenue from overseas mining operations, warned Freeport against legal action, saying it could harm the relationship. “Do they want to do business or do they want to be litigants?” asked Indonesia’s energy and mineral resources minister Ignasius Jonan.