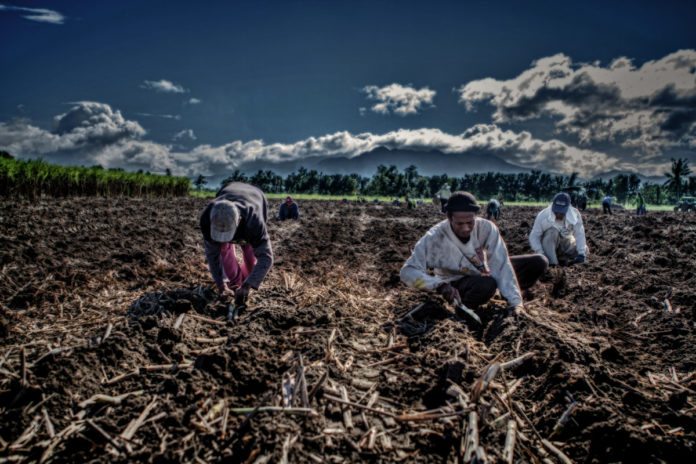 Nine Filipino members of a sugar workers association, including two teenagers, were killed in a gun attack in the Philippines’ Negros Occidental at the weekend.
The National Federation of Sugar Workers (NFSW) said its members were “massacred” during a “bungkalan” or land occupation near Sagay.
The police said the sugar cane farmers were resting in improvised tents when they were attacked by unidentified assailants, who allegedly burned three of the victims.
Nine of them, including two 17-year-olds, were killed, while two or three others managed to escape, the police added.
Officers said “land conflict” was the probable motive with the farmers occupying unused land to collectively cultivate it.
The NFSW said its members occupied the farm reportedly owned by a Carmen Tolentino at Hacienda Nene on Saturday morning, a day after the landowner harvested sugarcane.
“Bungkalan reflects the failure of the government’s land reform programme and the landlords’ refusal to distribute land to the tillers,” the organisation said.
The NFSW said its members grow vegetables, bananas, corn and root crops to fight hunger during the sugar down season. Most of the bungkalan targets were covered by agrarian reform but remained undistributed and idle, the union said.
Danilo Cañete, one of the survivors, told the media they were resting when the assailants opened fire. He claimed to have survived by hiding among sacks of rice and fleeing afterwards.
Cañete said the group had begun to sow mung seeds and other crops before they were attacked.
Sagay police’s Chief Inspector Robert Mansueto said: “The suspects were approximately 12 metres away based on the distance between the victims and the bullet casings recovered at the scene.” He added that at least 10 attackers were involved, based on witness statements.
“We have reason to believe that the suspects initially tried to intimidate but some of them retaliated,” Mansueto told the media.
Superintendent Rodolfo Castil said there were five to seven suspects, who were reported to be former farmers at the Hacienda Nene.
The killings bring the farming death toll to 45 on the island of Negros since President Rodrigo Duterte came to office in 2016, according to the NFWS.
In December 2017, NFSW’s Sagay chair Flora Jemola died from 13 stab wounds allegedly inflicted by paramilitary forces, who also killed union member, Ronald Malanat, in February 2018. “The killers shot a whole magazine of M16 in his head,” union officials said.
Negros, the Philippine sugar capital, is known as “a social volcano” for its socioeconomic disparities.
It dominated by an insurgency in the 1970 and 1980s under dictator Ferdinand Marcos.
Bishop Gerardo Alminaza of the San Carlos Diocese demanded social action to address violence and inequality.
“Are we back to martial law times during the Marcos regime?” Alminaza asked. “The right to life is inalienable and inviolable. Killing the perceived enemy, especially if they are defenceless, will never solve but will further aggravate the problem.”