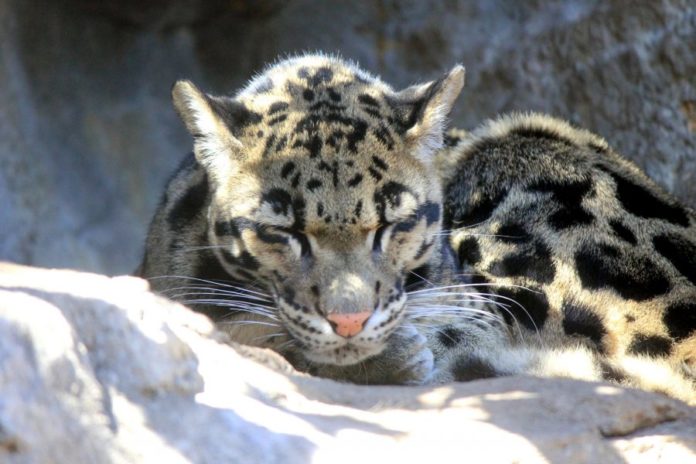 Since coming to office, Malaysia’s new prime minister Mahathir Mohamad has been impressively active, regardless of the fact that he is the world’s oldest head of government at 92.

He has been preoccupied with cleaning up the financial mess made by the previous administration, that appeared to treat the public coffers like its current account.

Mahathir has been keen to dial down some of the Barisan Nasional (BN) government’s nationalist rhetoric, which was clearly designed to bolster ethnic-Malay support ahead of the May general election.

He ditched an international legal claim to a rocky outcrop that houses a Singaporean lighthouse and will no doubt make other sensible decisions to ease Asean’s tensions.

It remains to be seen, however, how the returning prime minister will handle brewing anger with the European Union over the ban on palm oil, a key Malaysian export.

This week the EU agreed to phase out the use of palm oil in transport fuels by 2030, setting up a clash with both Malaysia and Indonesia, which account for around 90 per cent of global production.

The more liberal elements of the EU have been shaken by the hideous way the Sumatran rhino, sun bear, pygmy elephant, proboscis monkey, clouded leopard, Sumatran tigers and orangutan are pushed towards extinction by the destructive cultivation of palm oil. Around 1,000 of the gentle “man of the forest” are thought to have died every year as a result of palm-oil production in the last 20 years, with some of the giant apes found buried alive.

This week’s EU deal says the share of advanced biofuels and biogas must be at least 1 per cent in 2025 and 3.5 per cent in 2030, while palm oil must be phased out.

Malaysia’s former government whipped up nationalist feeling on the palm-oil issue and spoke of a Trump-style trade war.

Facing a formidable foe in Mahathir, the ailing government of Najib Razak increasingly played the ethnicity card to bolster its core vote. We know from Samuel Johnson that patriotism is the last refuge of a scoundrel and it is to be hoped that Mahathir dials back the tough talk on the environmentally ruinous product.

A far more sensible electoral approach for the BN would have been to ditch its notoriously corrupt leader, Najib. Any party that sticks with a leader who had received unexplained payments of around US$700 million did not deserve to retain power.

Its failure to ditch such a toxic leader suggested internal processes within the BN coalition, which has retained power since independence from Britain in 1957, had ceased to function.

The European Parliament’s motion in January that palm oil should be banned angered producers in Malaysia and Indonesia.

They threatened retaliation against what they called protectionist measures if a ban was agreed by the wider EU.

It is unlikely that Mahathir will be as bellicose with the EU but he made promises to ethnic-Malay majority during last month’s election campaign and he will be under pressure to fight for a large section of the economy.

Green member of the European Parliament Bas Eickhout, a parliamentary representative in the talks with the rest of the EU, said the use of palm oil would be capped at 2019 levels until 2023 and banned by 2030.

“That is quite a victory. There is no precedent for a phase-out of the use of specific crops,” the Dutch MEP said.

It is worth pausing to contrast the EU with Asean. The EU is capable of establishing environmental targets and then creating the financial backing and policies to help them become a reality. It also has the European Court of Justice to financially punish member states that fail to keep up to speed with policies they have agreed to within the European Council.

Asean, however, despite only having only 10 members compared to the EU’s 28, is incapable of making a coherent statement on the South China Sea, although half of its members’ maritime sovereignty is being swept aside by Chinese expansion. Compared to the EU, Asean appears like a feeble gentlemen’s club which exchanges little more than words.

A 2015 study funded by the European Commission found that palm oil and soya-bean oil had the highest indirect greenhouse-gas emissions because of the deforestation and drainage of peatland associated with their cultivation.

“Governments now have no more excuse to force drivers to burn food or palm oil in their tanks after 2020,” said Laura Buffet of the European green lobby group Transport and Environment.

Meanwhile, palm oil is praised in Asean for its higher yields compared temperate alternatives. It is cheaper than European rapeseed oil and has been increasingly used as a feedstock for biofuels in the EU.

Half of the EU’s US$7 billion of palm-oil imports were used for biodiesel, according to Copenhagen Economics.

Right now Mahathir and his disparate coalition have their hands busy clearly up economic holes left by Najib. The reduction in palm-oil earnings from Europe will no doubt exacerbate these problems.

It is to be hoped they will end the talk of trade wars and address the environmental degradation caused by palm oil in Malaysia and Indonesia.

Mahathir might also look at the EU’s ability to speak with one voice on the issue and push Asean in a similar direction.

The clouded leopard is in danger because of palm-oil cultivation. Picture credit: Pixnio