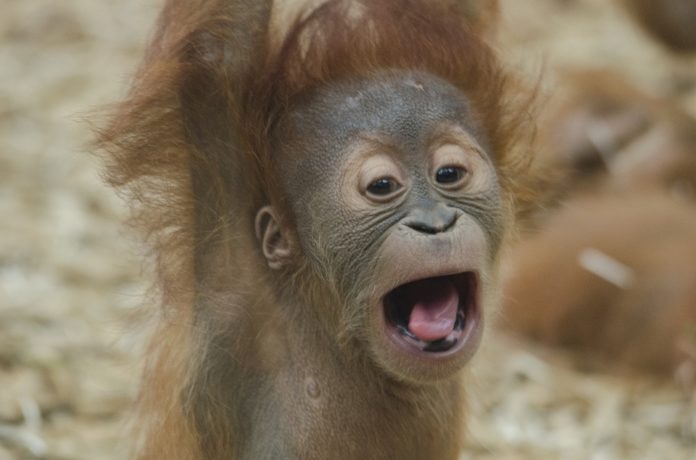 Two young orangutans, baby crocodiles and rare birds were reportedly among around 450 animals rescued from a boat travelling from Malaysia to Thailand as they were being smuggled from the sprawling Indonesian island of Sumatra.

Three suspected Indonesian traffickers were arrested off the Malaysian island Langkawi with animals worth an estimated 500,000 ringgit (US$121,00).

Director general T Subromaniam said close cooperation with Indonesia since 1994 had been successful in cracking down smuggling, including in drugs.

“If both these countries can collaborate on this matter, I do not see why the rest of Asean can’t.

“Malaysia will propose to Asean for similar cooperation, like with Indonesia, and if successful, it should help crack down on the smuggling of drugs and cigarettes,” the customs chief said.

There were also about 350 sugar gliders (small marsupials), albino foxes, birds of paradise, alba cockatoos, Eclectus parrots, 21 long-tailed parakeets and a great argus were found in boxes in a secret compartment on board. The smugglers intended to sell the protected species as pets, Zaki added.

The Indonesians in their 40s and 50s were due to be charged in court for breaking wildlife laws and could face up to 10 years in jail, Zaki said.

The smugglers were seeking to transport the animals by night but were raided after a tip-off, Subromaniam told the media.

“Both the baby orangutans were traumatised probably after the three-day journey from Sumatra,” he said, alleging that a syndicate might have run the operation.

Elizabeth John of the animal protection NGO Traffic said the number and variety of animals seized showed “how tremendous the pressure is on wildlife due to demand for pets”.

Malaysia says it regularly blocks smuggling attempts but uncovering 400 animals in one raid was unusual.

Customs officers in the Pakistani city of Sialkot found several dozen rare tortoises to be smuggled to Malaysia via Dubai earlier this month.

A clearing agent reportedly booked five cartons for Malaysia at the cargo section of the Punjabi city’s airport.

In June last year, Thailand arrested a Malaysian for allegedly trying to smuggle two young orangutans and about 60 more animals in a taxi through the southern border.