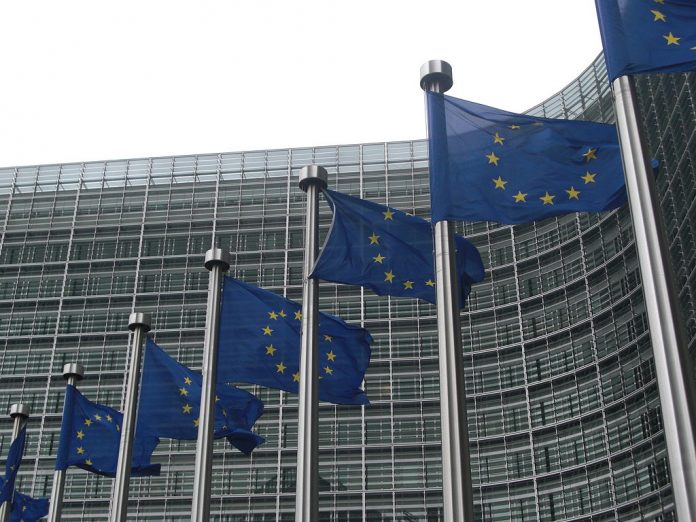 The scale of the European Union’s bureaucracy dwarfs anything in Asean. Source: Wikimedia

The impact of Britain’s vote to leave the EU on June 23 has spread around the world and those ignorant of the nature of politics in the UK think it has already left.

Prime Minister David Cameron’s decision to resign has effectively thrown the whole decision to the next premier, meaning Britain’s departure from the European project might gradually morph into a civil partnership within a reformed EU in a US-brokered compromise. It is all too early to say.

But the lesson that 52 per cent of British voters decided to reject the European project carries a strong message to Asean as it pushes ahead with closer integration.

The result should be a wake-up call for Asean, reminding its leaders to keep trade agreements in touch with the needs of their populations and not just projects for the elites, argues Indonesia’s Trade Minister Thomas Lembong.

Having already lifted tariff barriers, with non-tariff barriers inside Asean due to be removed by 2025, the former investment banker is urging the disparate region to pay more attention to the public. “I worry that within Asean, there is a similar danger that Asean becomes a project of the elites, and we don’t spend enough time, money and effort socialising it to the people,” Lembong argued.

“Philosophically, Brexit should be a wake-up call to us trade ministers to make economic community agreements, trade agreements and regulations more explicitly pro-people, and rely less on so-called ‘trickle-down’ to eventually take care of the working classes and the vulnerable,” Lembong says, referring to the monetarist belief that wealth will eventually filter through to those at the bottom.

Often under fire for dithering on removing costly logistics barriers, Asean has been compared unfavourably with the European Union. Its ongoing failure to make any kind of united statement over Chinese advances in the South China Sea contrasts sharply with EU sanctions against Russia over Ukraine.

For other observers, Brexit marks the first tangible retreat from globalisation since 1945.

“For the first time, a major economy is saying: we will be better off doing things by ourselves and making our own decisions,” says Homi Kharas of the Washington-based Brookings Institution think tank. “And that’s a bit of a shock to the system.”

For 70 years, globalisation has been promoted as the answer to global problems. International trade, capital flows and cross-border movement have been steadily increasing while too little attention has been paid to those falling through the cracks.

“Economists have always said that countries benefit from globalisation,” Kharas explained. “And they have always assumed that political processes within each country would then figure out a way to distribute those gains.”

And now the seeming demise of the European model has given clunky Asean a rosy glow.

Asean’s feeble obedience to timetables for integration and by avoiding ticklish issues like the free movement of people could in the long run help maintain its unity.

Asean’s Director of Community Affairs Lee Yoong Yoong said that with the broader impact of Brexit unknown, the surprise result reinforced the fact that the 10-member bloc should not rush integration. “We do our integration at our own pace, at our own speed. We do not worry what the west or the Europeans tell us to do,” Lee explained.

“One of the lessons drawn from Brexit, not just from an Asean angle, is that you can’t ignore the sentiment on the ground. This is why Asean has always focused on how with this approach, this exercise, we can benefit the people. We want to form a community first, we want to make sure that everybody is progressing at the same time,” Lee said.

With Asean’s 630 million inhabitants, GDP of US$2.5 trillion, annual trade rising 10 per cent in 2015 to US$2.28 trillion, including trade valued at US$228 billion with the EU, Lee said the British referendum would affect future free trade negotiations between Asean and the EU.

“We have to negotiate some of the FTA [free-trade agreements] with the UK by themselves, because they are no longer part of the EU,” Lee said, incorrectly, as the UK is yet to start any proceedings to leave the EU. “Asean has expressed the intention to resume talks for Asean-EU FTA before Brexit. With Brexit happening, we want to see what would happen in Europe first before our policy makers can adopt the next step.”

Bilahari Kausikan, a policy adviser to Singapore’s Ministry of Foreign Affairs, says that integration is easier in good times than bad.

“In so far as Brexit makes the world economic environment more uncertain and difficult, it will indirectly impact on Asean’s integration efforts by making the political conditions for integration more difficult,” said Bilahari.

He said he saw the EU more as a “source of negative examples” than a model for Asean. “Only the EU deluded itself that it was a model. We have always thought that the EU model was unrealistic, indeed utopian,” he added.

Beneath the concerns about the future of EU trade deals and sobering lessons for the future of Asean’s integration can be detected a distinct sense of pleasure in the demise of the European model, often seen as overbearing by Asean’s ruling elite. Asean’s less-than democratic rulers have a tradition of focusing on the weak points of western societies as a justification for the boot placed firmly across their populations’ necks.

Established in 1967, Asean’s secretariat in the Indonesian capital has around 300 staff, in contrast to around 33,000 employees at the European Commission in Brussels.

“Over the years the EU has deteriorated from an idealistic grand European design for peace and prosperity into a more or less intractable, unaccountable bureaucratic mess with internal dictatorial tendency,” said Ei Sun Oh, a senior analyst with Singapore’s Institute of Defence and Strategic Studies.

Termsak Chalermpalanupap of the National University of Singapore’s Centre for International Law said: “This surprise outcome [in Britain] is such an eye-opening development for all of us in Asean that we cannot assume regional cooperation will continue to progress in a positive linear upward trend.”

Britain, a bastion of stability, decided to make itself the story last month and no one really knows how it will play out over the next few years.