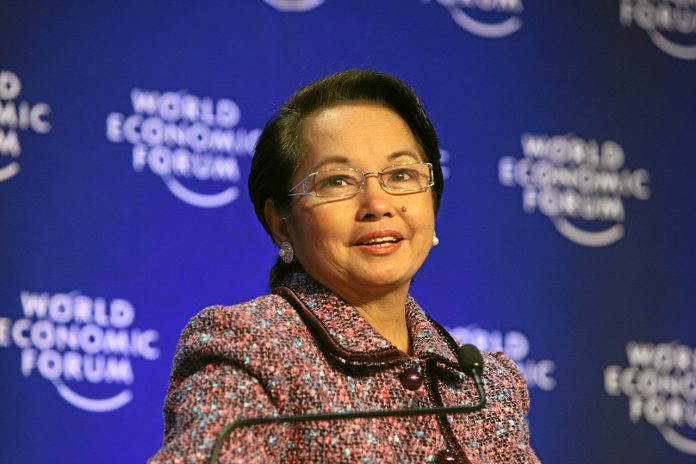 She has spent nearly five years incarcerated in hospital accused of appropriating 366 million pesos (US$7.8 million) of lottery funds intended for charity.

Arroyo, 69, was re-elected to Congress in May, despite being held in captivity.

Arroyo was first arrested in 2011 after nine years as president, on accusations of electoral fraud.

She is also accused of tampering with congressional election results in 2007, an offence that could have resulted in a 40-year jail term.

She has claimed that she was a victim of political persecution by her successor, Benigno Aquino, who had promised to root out corruption and corrupt jail politicians while campaigning for the presidency.

After a second arrest, she was held in hospital because of a neck and back complaint which requires her to use a wheelchair.

The daughter of a former president, Diosdado Macapagal, she attended Georgetown University at the same time as Bill Clinton and was a popular senator before being elected vice president in 1998.

In 2001, she became head of state when Joseph Estrada was ejected from the top job in the face of corruption allegations. In 2004, she was elected president and served until 2010, when she left office and was elected to congress.

The United Nations Working Group on Arbitrary Detention said last year that because of her medical condition, the refusal to grant bail to Arroyo made her detention arbitrary in violation of international law. It said Arroyo should be compensated for the time spent incarcerated.

“It is my fervent hope that nobody else will suffer the persecution that had been levied on me through self-serving interpretation and implementation of the law,” an Arroyo statement said. “And that the disregard of truth for which I was made to suffer be dealt with accordingly at the soonest possible time.”

The new president, Rodrigo Duterte, has said the case against Arroyo was weak and offered her a pardon, which she declined, saying she wanted to fight the charges.

Several Arroyo allies have been appointed to Duterte’s cabinet, including advisers on national security and on peace talks with armed rebels.