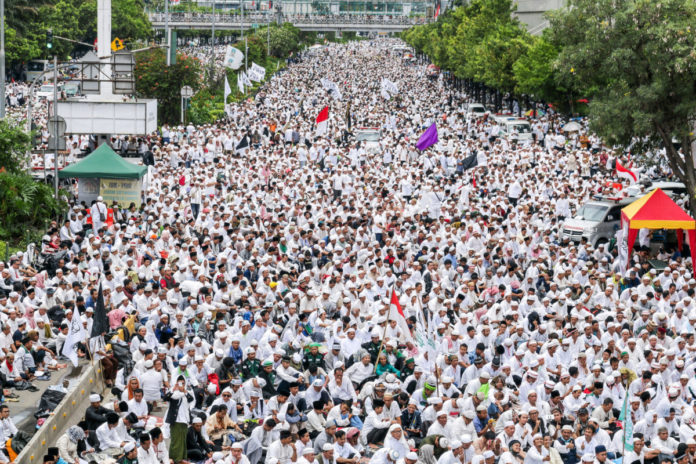 The defeated, ethnically Chinese, Christian governor of Jakarta has been jailed for two years for blaspheming the Koran, despite the prosecution requesting only a suspended sentence for the lesser offence of inciting hatred.

“Despite protests of his innocence and evidence that his words were manipulated for political purposes, he has been sentenced to two years in jail. The verdict will tarnish Indonesia’s reputation as a tolerant nation.”

The trial derailed Ahok’s bid for re-election and ignited sectarian tension across Indonesia.

“As governor, as a public officer, the defendant should have known that religion is a sensitive issue so he should have avoided talking about religion,” Judge Abdul Rosyad told the court.

“This is a pure crime case,” he said, rather than having any connection to the gubernatorial election.

Ahok said he would appeal.

Although the blasphemy laws were enacted in 1965, they were only used around 10 times between 1965 and 1998, when the dictator Suharto was in power and the right to freedom of expression was severely curtailed. Between 2005 and 2014 Amnesty has recorded at least 106 convictions under the laws.

Ahok’s supporters said he did not intend to insult Islam when he quoted verse 51 of a chapter of the Koran called Al-Maidah when he told a fishing community in September that his opponents were using the verse to deceive them into not voting for a Christian. Some interpret Al-Maidah to mean that Muslims should not be led by non-Muslims.

Ahok subsequently apologised but the comments were seized upon by Islamic groups.

Several rallies (pictured), led by radical groups, called for Ahok to be jailed or even lynched, using unpleasant racial and religious accusations against the governor, who is a double minority: Christian and ethnic Chinese.

“I don’t understand why the trial is mixed with politics,” Ahok supporter Rina Dodi told Fairfax Media. “The trial is unfair. I am sad. Ahok is a statesman, he always takes the side of the people.”