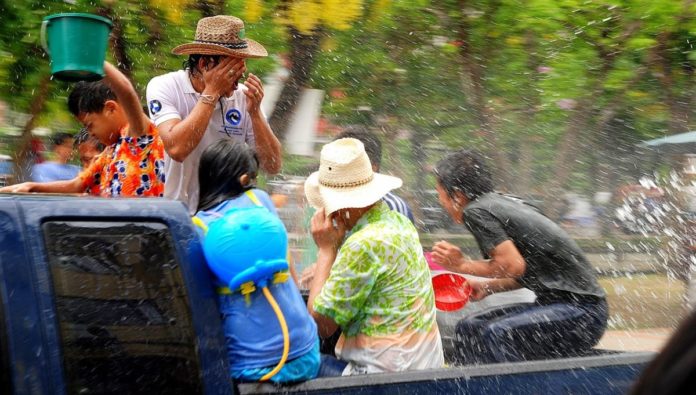 The Songkran new year festival in Thailand has brought an official accumulated death toll from road accidents of 378, with 3,575 people hospitalised, over the first six days of the seven “dangerous” days, according to the Department of Disaster Prevention and Mitigation.

Monday’s death toll was lower than the typical fatalities on Thai roads throughout the year, according to World Atlas. On Monday, 49 people were killed and 464 others hospitalised in 425 crashes across the country, according to Lieutenant General Thanet Kallapruek, director of the army’s directorate of civil affairs.

Some analysts dispute the Thai government figures and claim the authorities play down the numbers of deaths by only reporting those who die at the scene and not those who succumb to their wounds later.

World Atlas, which provides online information on travel, society, economics and environment, estimates that between 50 and 60 people die on Thai roads each day: the world’s worst rate per head of population.

The World Health Organisation ranked Thai roads as the second deadliest in the world after Libya in a study of 180 countries.

From April 11 to 16, there were 3,418 road accidents across Thailand, the national Road Safety Centre said yesterday (Tuesday).

Despite high-profile campaigns promoting road safety, most of the accidents were reportedly caused by drink-driving and speeding.

Speeding was estimated to be the leading cause of the road fatalities with 28 per cent, followed by drink-driving with 27 and 81 per cent of crashes involved motorcycles, said Thanet.

The military chief added that 176,415 traffic offenders were arrested at 2,013 checkpoints of which 49,866 motorbike users were not wearing helmets and 46,067 were not carrying their driving licence.

The province of Nakhon Ratchasima reported the highest death toll from April 11 to 16, with 19 fatalities and Chiang Mai had the most injuries with 136 and road crashes at 126.

Songkran has always been the high season of traffic accidents as many Thais travel back home for the celebrations and drunken water play dominates the events with buckets often thrown in motorcyclists’ faces while pickup trucks play load music and are filled with revellers who squirt water.

In a survey of 1,650 women, nearly 60 per cent of respondents reportedly said they had been groped during Songkran but only a small number said they reported the incidents to the police, according to the Bangkok-based NGO Women and Men Progressive Movement Foundation.

Songkran is one of the world’s most dangerous leisure events but has somehow become a magnet for tourists. Picture credit: Wikimedia