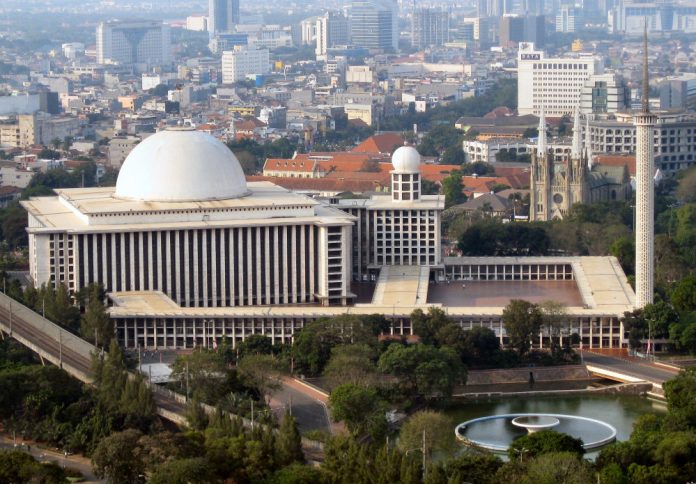 Jakarta looks poised to ban gay-dating apps like Grindr, as part of the country’s continued attempt to criminalise gay sex after a paedophilia ring allegedly used the app as part of its operation.

The police claimed that the “prostitution ring” had 148 “victims”, 27 of which were teenage boys, and suspects had been caught through fake dates on Facebook.

It was while officers were investigating a tablet belonging to one of those arrested that they reportedly found Grindr and other gay-friendly apps.

Agung Setya, police director of economic and special crimes, said police had found 18 gay apps, and asked for the communications ministry to ban them.

He said the police “hope that, with the authority the communications ministry has, it will make the right decision and impose a ban”.

Earlier this year, Indonesia’s former communications minister called for the public to kill any gay people they find and a leading psychiatric body described transgenderism as a mental disorder. Homosexuality is not illegal in Indonesia but there is increasing intolerance from the Indonesian public.

The highest Indonesian court in August heard a case from activists who want to criminalise gay sex and make it punishable with jail terms of up to 15 years.

A Jakarta-based Islamic organisation, the Family Love Alliance, submitted a review to the nine judges on the Constitutional Court, which has accepted the case.

As well as criminalising gay sex, the group wants the court to extend the adultery laws to apply to couples who are not married and to change the definition of rape to be gender-neutral.

The law currently defines rape as an act by a man against a woman.

“We see the moral degradation that is happening,” said Rita Hendrawaty Soebagio of Family Love Alliance. “This is purely because of our love for our nation, we must do something while we have a chance.”

In February, Jakarta demanded that WhatsApp and Facebook remove “gay” or same-sex emojis from their apps.

It was reported that Indonesia was planning to draft a Russian-style anti-gay “propaganda” law.

The Indonesian Broadcasting Commission this year issued an order prohibiting men from behaving “like women”, after allegedly receiving complaints from viewers.

A presidential spokesperson also said there was “no room” for the lesbian, gay, bisexual and transgender community in the vast archipelago.

The government is apparently mulling a complete ban on gay sex, including a current lawsuit aimed at criminalising homosexuality in order to “protect the rights of children”.